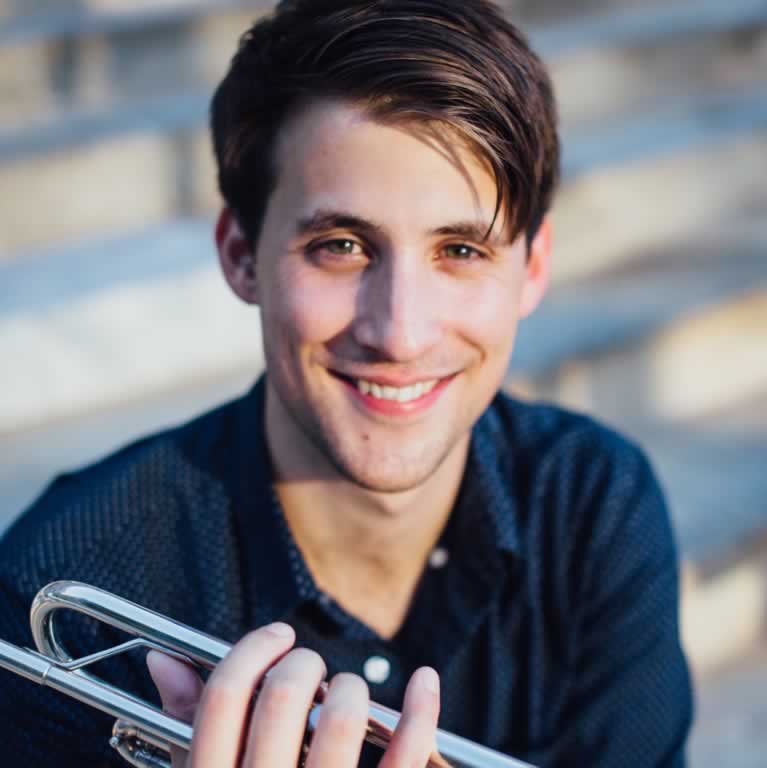 Trumpeter Ansel Norris has gathered acclaim throughout the world as a soloist and orchestral musician of diverse taste and enthusiasm. His sound has been heard on NPR’s Performance Today, From the Top, and on Medici.tv, as the first-ever American prizewinner in the International Tchaikovsky Competition’s Brass division. He was also twice named first prize in the National Trumpet Competition USA.

Ansel currently resides in St. Petersburg, Florida, where he holds the position of Associate Principal Trumpet with the Florida Orchestra. Previously he held positions in the Naples Philharmonic and the New World Symphony of Miami Beach, where he was named a winner of the Concerto Competition 2018. Ansel has played as guest principal trumpet with the National Symphony Orchestra, the Frankfurt Radio Symphony, and the San Diego Symphony, among others. He splits his summers between Brainerd, Minnesota with the Lakes Area Music Festival, and his home town of Madison, Wisconsin.

Ansel received a Bachelor’s degree from Northwestern University and later studied at Rice University, both with his wonderful mentors, Barbara Butler and Charlie Geyer. He has also studied with Stephen Burns, Thomas Rolfs, John Aley and Christoper Martin, among many others. In his free time Ansel enjoys basketball, reading, exploring, improvising and writing his own music. Since 2020 Ansel has been a member of the band Gravity the Architect, which combines the organic sound of acoustic instruments with modern pop textures and beats.