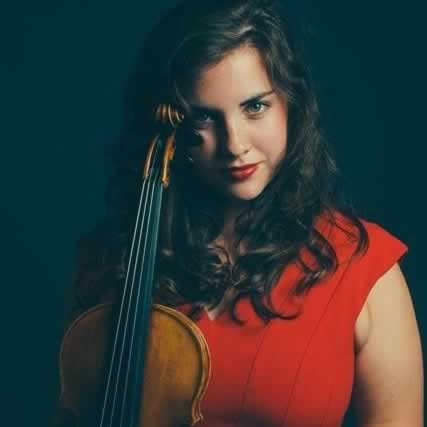 As an active member of the Shattered Glass, Ravenna has toured throughout the Midwest giving concerts and masterclasses at venues such as the Interlochen Arts Academy and Stern Auditorium in Carnegie Hall. The group released their debut album this past October and is excited for a summer residency at Kneisel Hall Chamber Music Festival.

Ravenna recently completed a three-week concert tour of New Zealand as a trialist with the New Zealand String Quartet, as well as a two week stint with the Philharmonia de Jalisco in Guadalajara, Mexico, recording an all Wagner album with renowned soprano, Amber Wagner.

Ravenna received her training at the San Francisco Conservatory of Music, with Axel Strauss, and The Juilliard School, with Ronald Copes and Laurie Smukler, with focuses on modern and baroque violin performance.