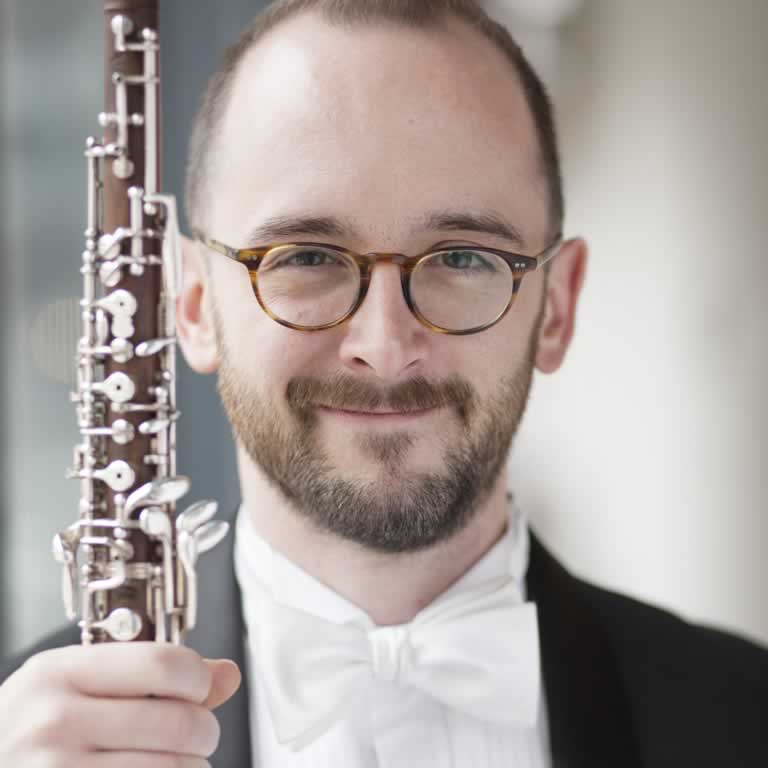 As a conductor, Peters leads the Taneycomo Festival Orchestra in Branson, Missouri and is the Interim Conductor of the Triangle Youth Symphony. He was Music Director of the SUNY Buffalo State Philharmonia Orchestra and the Saybrook College Orchestra of Yale. He has conducted Holiday Pops concerts at the North Carolina Symphony and is a frequent guest at the New World Symphony, where he has led diverse programs including children’s concerts, chamber opera and a collaboration with the Miami City Ballet. He recently conducted a performance of Henze’s Kammermusik 1958 at Marlboro Music Festival. His conducting mentors include Michael Tilson Thomas, James Patrick Miller and Toshiyuki Shimada.

Peters has been on the oboe or conducting faculty of institutions including the National Youth Orchestra of the USA, SUNY Buffalo State, SoBe Institute of the Arts, and has conducted side-by-side concerts for New World Symphony’s MusicLab program. An advocate of contemporary music, he premiered Aaron Jay Kernis’ On Distant Shores with New York’s RIOULT Dance Company, and he has been involved in numerous other premieres by composers including Jocelyn Hagen and Samuel Carl Adams.

Peters received a Bachelor of Music degree from the University of Minnesota and a Master of Music from Yale University. His teachers include Stephen Taylor, John Snow, Julie Madura and Marilyn Zupnik.