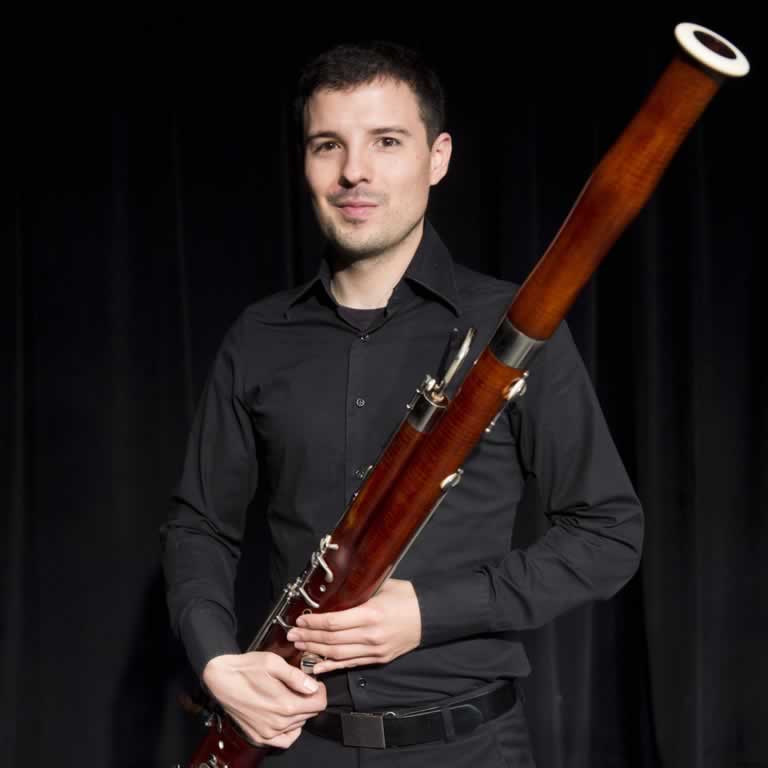 Aaron spent two years at the Interlochen Arts Academy, where he studied with the Cleveland Orchestra’s Assistant Principal Bassoon, Barrick Stees. He received his Bachelor’s Degree from the Curtis Institute of Music and his Master’s Degree from Yale University. His teachers include the Philadelphia Orchestra’s retired Principal Bassoon, Bernard Garfield, and Frank Morelli, bassoon soloist, chamber musician, and educator.

After completing his studies at Yale, Aaron was invited to join Miami’s New World Symphony, where he performed under the direction of artistic director Michael Tilson Thomas. He has also performed with the Philadelphia Orchestra, the Chamber Orchestra of Philadelphia, the Baltimore Symphony, the Oregon Symphony, and the Alabama Symphony, among others.