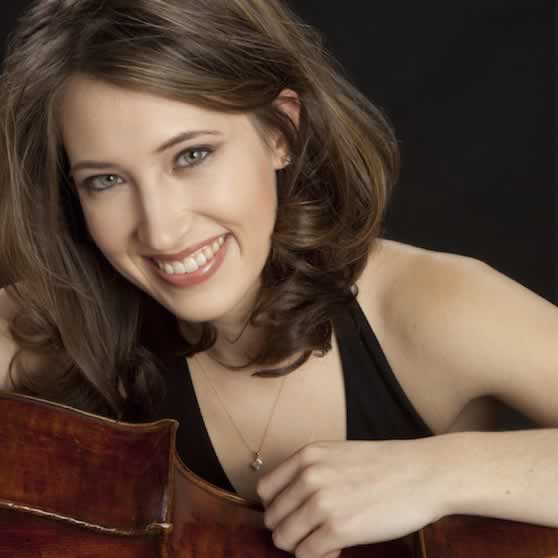 Madeleine is the newest member of the Milwaukee Symphony Orchestra’s cello section. She was named Acting Assistant Principal Cellist last season, where she served as Acting Principal for her first 7 months with the orchestra. Prior to this appointment, she was principal cellist of the Amarillo Symphony in Texas and assistant principal in the Madison Symphony. Ms. Kabat has performed in the cello sections of the Cleveland Orchestra, Los Angeles Philharmonic, St. Paul Chamber Orchestra, Orpheus Chamber Orchestra, and the Houston Symphony, and has appeared as guest principal cellist with the Orquesta Philarmonia Mexico, Madison Symphony, Mansfield Symphony, and CityMusic Cleveland.

Following her solo debut with the Cleveland Orchestra at age 18, Madeleine has been featured as soloist with dozens of orchestras; most recently the Kettle Moraine Symphony (WI), Amarillo Symphony (TX), Renova Festival Orchestra (PA), Lima International Music Festival Orchestra (Peru), Gulf Coast Symphony (MS), Minot Symphony (ND), Red de Escuelas de Musica Orquesta (Medellin, Colombia), Cleveland Philharmonic (OH), Spoleto Festival Orchestra (SC), Festival Mozaic Orchestra (CA) and Marin Symphony (CA). In 2012 she made her solo debut at the Kennedy Center in Washington DC on an invitation to represent the Oberlin Conservatory. Madeleine has stepped in at the last minute for soloist Alban Gerhardt to rehearse Prokofiev’s Symphony-Concerto with the Madison Symphony, to perform the Dvorak Cello Concerto with the Springfield Symphony in Missouri, and with the Bach Dynamite & Dancing Society as a last minute replacement for Parry Karp.

An active chamber musician, Madeleine has recently performed in recital with pianists Simon Trpceski in Houston and Orion Weiss in Los Angeles, and at the Lev Aronson Legacy Festival in Dallas and the Sharon Lynne Wilson Center for the Arts in Brookfield WI. This spring, she performed alongside legendary cellist Lynn Harrell in Schoenberg’s Verklarte Nacht and Mendelssohn’s Octet for the Frankly Music chamber series in Milwaukee with Frank Almond. In 2011, Madeleine was named Visiting Artist at La Sierra University in Riverside, CA. During the summer she performs at the Lakes Area Music Festival (MN), Festival Mozaic (CA), and is a faculty artist at the Renova Chamber Music Festival (PA). This summer she will also be on faculty at Clazz, a festival in the Tuscany region of Italy. Ms. Kabat has appeared twice as a featured artist for the Lima International Chamber Music Festival in Peru, and has also performed chamber music in China, Korea, and in Colombia (South America) numerous times as faculty artist of Medellin Festicamara. She has also given masterclasses at Southern Methodist University in Dallas, the University of Wisconsin at Stevens Point, Northwestern State University, Eastern Michigan University, Minot State University (ND), Sahmyook University (Seoul, Korea) and at La Jolla’s SummerFest.

Ms. Kabat began cello lessons in Cleveland at age 11, and has won top prizes in the competitions of Fischoff, Hellam, and Klein International. She holds diplomas from the Cleveland Institute of Music, Rice University, the Juilliard School, and most recently Oberlin Conservatory, where she was a teaching assistant for Professor Darrett Adkins. She resides in Milwaukee, WI and performs on a William Forster cello made in London in 1790.