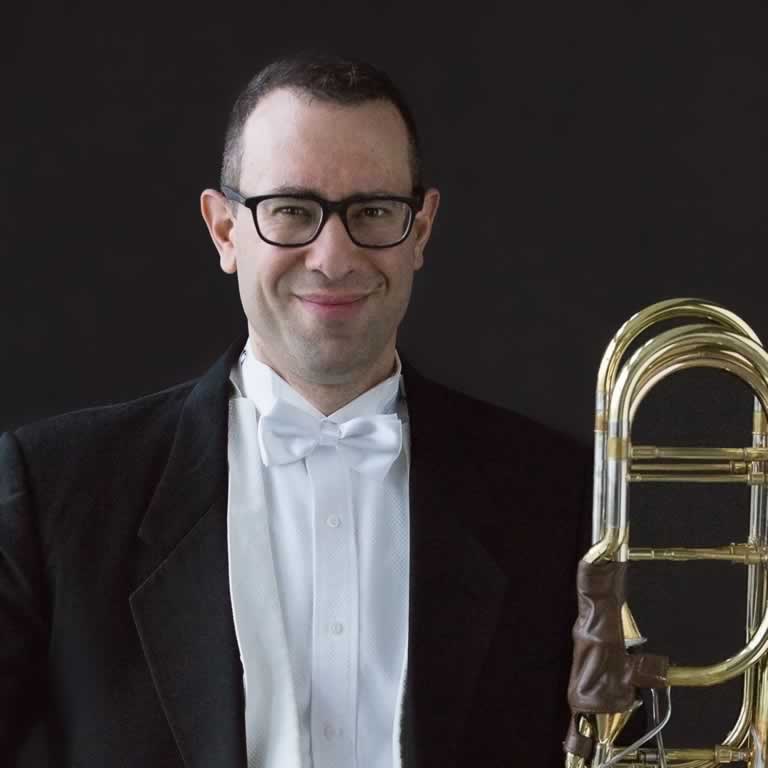 Hailed by the International Trombone Association Journal for his “rhythmically driving, technically flawless, and unfailingly dynamic and exciting” playing, Bass Trombonist Ilan Morgenstern is a unique voice in his field.

Labeled a “must buy” in the International Trombone Association Journal, Morgenstern’s debut recording project It’s Alive!! New Music for Bass Trombone, a collaboration with composer Robert Denham and pianist David Gilliland was released in May of 2016. To learn more about Ilan Morgenstern, including news, sample recordings, and purchase information for his CD, please visit
www.ilanmorgenstern.com