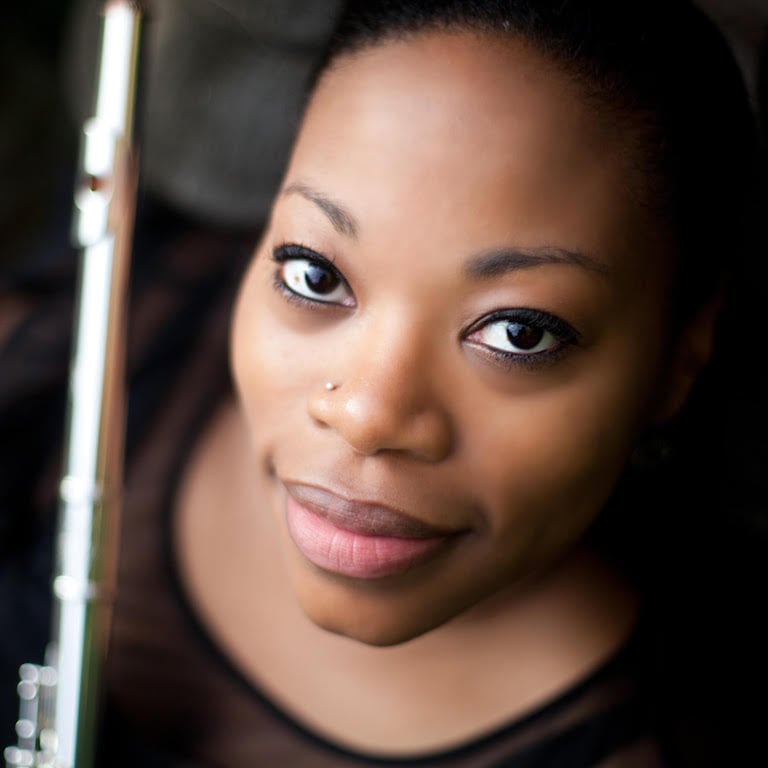 Hailed for her “verve and pizazz” and the “gleaming purity” of her artistry by the Miami Herald, Ebonee Thomas is Second Flute and Piccolo of The Dallas Opera. She has previously served  as Principal Flute of the Knoxville Symphony and the Florida Grand Opera, and spent one year as Second Flute of the Houston Symphony. In addition she has performed as Guest Principal Flute with the Seattle Symphony, San Antonio Symphony, Santa Fe Opera, and the Fort Worth Symphony. Ebonee has also performed with the Los Angeles Philharmonic, Oregon Symphony, Sarasota Orchestra, Phoenix Symphony, Detroit Symphony and Dallas Symphony.

Ebonee completed a four-year fellowship with the prestigious New World Symphony under the direction of Michael Tilson-Thomas. In addition to performing at Carnegie Hall, she was a featured soloist under Tilson-Thomas, performing Joan Tower’s Flute Concerto and the North American premiere of Christian Lindberg’s flute concerto, The World of Montuagretta.

Along with performing orchestral repertoire, Ebonee is an avid chamber musician, applauded as a “standout” by Theater Jones in her latest performance for the Fine Arts Chamber Players. She performs regularly with the Austin Chamber Music Society and Voices of Change, a new music ensemble in Dallas, TX. She was a finalist for the Austin Arts Awards for her performance of Valerie Coleman’s Danza de la Mariposa, for solo flute. Ebonee has been a member of the Firebird Ensemble with Seraphic Fire and can be heard on several of their released recordings including The Brandenburg Project. Ebonee had the rare opportunity to perform John Adams’ Chamber Symphony in Carnegie Hall under the composer’s baton. She also served as Principal Flute of the Star Wars in Concert! Orchestra during their U.S., Canada, and Mexico tour and was Principal Flute of the American Repertory Theater’s revival of The Gershwins’ Porgy and Bess.

As a passionate pedagogue, Ebonee maintains a full studio of students from beginners through adults and also serves on the faculty at Brookhaven College in Dallas, TX. Along with all of her musical endeavors, Ebonee serves as a member of the board of the Greater Dallas Youth Orchestras and is on the National Advisory Board of the Memphis Youth Symphony Program

Ebonee received her Bachelor of Music in Flute Performance degree from Southern Methodist University and received her Master of Music degree from the New England Conservatory of Music. Her principal teachers are Jean Larson Garver, Claire Johnson, Helen Blackburn, and Fenwick Smith. Ebonee plays on a silver .16 wall Brannen Brögger flute with a platinum Mancke headjoint and a Burkart Elite Piccolo.