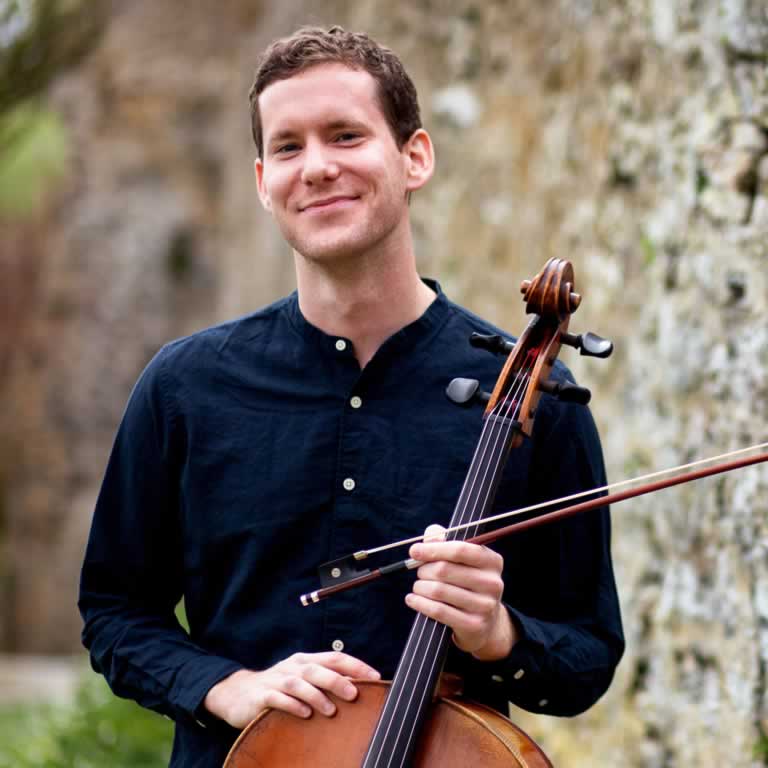 Austin Fisher is a Minneapolis based freelance cellist and the former Assistant Principal Cello of the Colorado Symphony. He served as Acting Principal Cello for the 2016-17 Season and made his solo debut with the Symphony performing Saint‐Saëns’ Cello Concerto No. 1.

Previously, he was a member of the New World Symphony in Miami under the direction of Michael Tilson Thomas. As a winner of New World’s concerto competition, Austin was a featured soloist in performances of Schumann’s Cello Concerto. Before his time at New World, Austin was Principal Cello of the Civic Orchestra of Chicago where he worked closely with Yo-Yo Ma and musicians of the Chicago Symphony Orchestra.

An active soloist and chamber musician, Austin has been praised for his “virtuosity, refinement, and style” (South Florida Classical Review). Austin was the featured soloist in Dvorak’s Silent Woods with the Colorado Symphony and he joined the Lakewood Symphony as soloist for a performance of Schumann’s Cello Concerto. He was a regular performer on the Englewood Arts Chamber Music Series, active in Denver’s newly emerging Groupmuse scene, and recently joined the Miami String Quartet for a performance of Schoenberg’s Verklarte Nacht in Fort Collins. Austin has also performed in concert at Banff’s Rolston Hall with members of the Miró Quartet.

Austin has attended festivals and master classes around the world, including IMS Prussia Cove, London Master Classes, and the Pacific Music Festival in Japan. He is Co-Principal Cello at the Lakes Area Music Festival in Minnesota, where he returns for his 10th season, and regularly performs with the Strings Music Festival in Steamboat Springs, Colorado.

Austin holds a Master’s degree from Northwestern University’s Bienen School of Music and a Bachelor’s degree from the Eastman School of Music, studying under Hans Jørgen Jensen and Steven Doane. Important mentors include Yo‐Yo Ma, Silver Ainomäe, and the Miró Quartet. He plays on a French cello made by Francois Caussin, 1830.