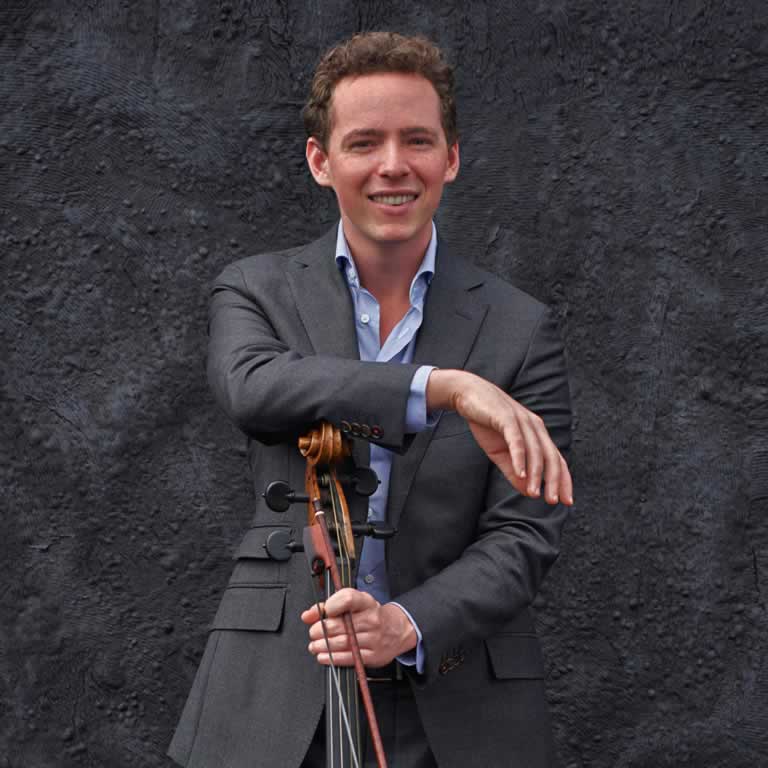 Keiran Campbell was drawn to the cello after he stumbled across one in his grandmother’s basement and was baffled by its size. Once he turned 8, he began taking lessons -on a much smaller cello- in his native Greensboro, North Carolina. After studying extensively with Leonid Zilper, former solo cellist of the Bolshoi Ballet, he received his Bachelors and Masters at the Juilliard School in New York, working with Darrett Adkins, Timothy Eddy, and Phoebe Carrai. Keiran also spent several springs in Cornwall, England, studying with Steven Isserlis and Ralph Kirshbaum at the International Musicians Seminar in Prussia Cove. Now based in Toronto, ON, Keiran is Tafelmusik Baroque Orchestra’s newest core member.

He has performed with orchestras including The English Concert, Le Concert Des Nations, NY Baroque Incorporated, Philharmonia Baroque, The Boston Early Music Festival Orchestra, Trinity Wall Street Baroque Orchestra, and Mercury Baroque. In addition to this, Keiran has explored a wide variety of styles and genres, such as performances of Mozart and klezmer music with clarinetist David Krakauer at Jazz at Lincoln Center, experimental hip hop with DJ Spooky at Carnegie Hall, concerto and solo appearances with Philharmonia Baroque Orchestra, Trinity Wall Street, and the Artosphere Festival Orchestra, and productions of period Bel canto opera and chamber music each summer at Teatro Nuovo.

As a chamber musician, Keiran has collaborated with members of the Juilliard Quartet, Cleveland Quartet, and Itzhak Perlman. He recently has performed alongside Enrico Onofri and Vittorio Ghielmi, and also performed under the direction of Jordi Savall in a tour of Europe with Le Concert Des Nations.

Keiran is also fascinated by instrument making, which he studies with the maker of his cello, Timothy Johnson.