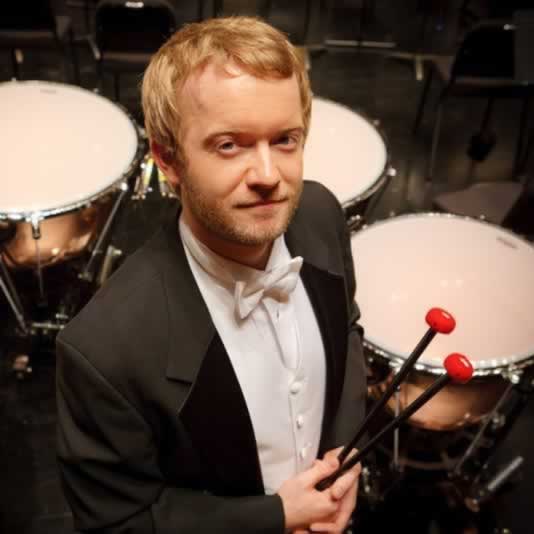 Jason Haaheim was appointed a Principal Timpanist of the Metropolitan Opera Orchestra in 2013. In addition to performances at New York’s Lincoln Center and Carnegie Hall, Mr. Haaheim can be seen and heard performing with the MET Orchestra on radio, television, and Live in HD broadcasts from the Metropolitan Opera. A sought-after clinician, Mr. Haaheim has given masterclasses throughout the United States, and is adjunct faculty at the NYU Steinhardt School of Music. Guest timpanist spots include the Mostly Mozart Festival Orchestra, the Milwaukee Symphony, and the Fort Wayne Philharmonic. In 2016, Mr. Haaheim was a resident artist at the Twickenham Festival.

Active in all musical areas, Mr. Haaheim has also performed extensively as a chamber musician and jazz drummer. He collaborated with Yo-Yo Ma in a Civic Orchestra / Silk Road Ensemble performance, and recorded the premiere of Augusta Read Thomas’s “Terpsichore’s Dream” with members of the Chicago Symphony. Mr. Haaheim has performed with the new music ensemble dal niente, and premiered Ryosuke Yagi’s “Mirrors…for timpani” with the UC-Santa Barbara Ensemble of Contemporary Music. Mr. Haaheim was a member of the Civic Orchestra’s MusiCorps outreach program, and has served as percussion section coach for the New York Youth Symphony and the Chicago Youth Concert Orchestra. Other projects have included drumming for the jazz-fusion quartet “The J3 Intent” and the alt-country band “The Lost Cartographers.” At Gustavus, he was president of the wind ensemble, vice-president of the orchestra, and drummer in the jazz ensemble. He was selected for the departmental Honors Recital, and won first place in the Gustavus Orchestra’s Concerto Competition. Extra-musical interests include backpacking and hiking, rock climbing, mountain biking, and both downhill and cross country skiing.