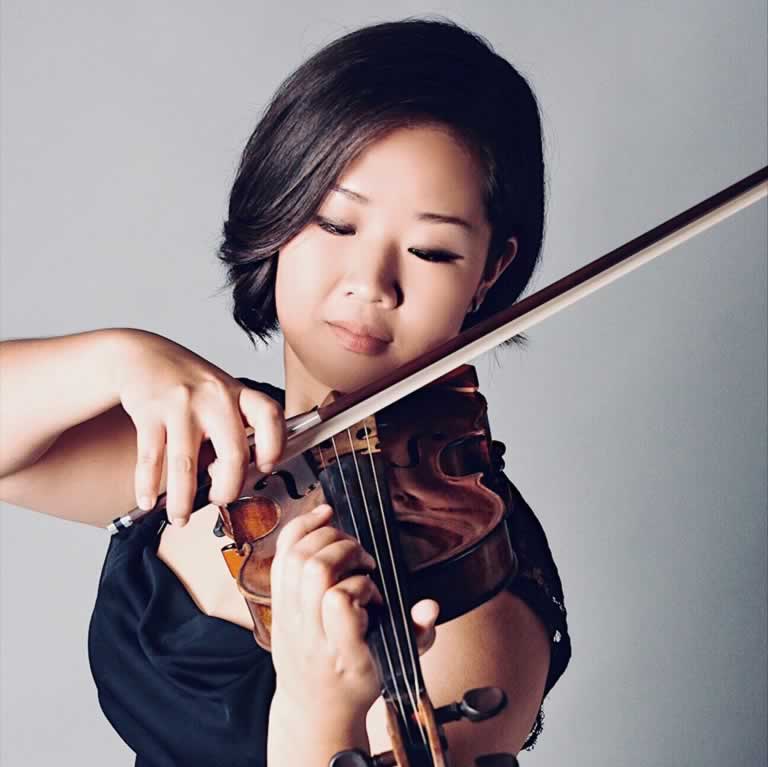 Miran Kim was born in Kansas City and began studying the violin at the age of four. At ten years old, her family relocated to New York City in order for her to attend The Juilliard School of Music’s Pre-College Division under the tutelage of Hyo Kang and Catherine Cho. She served as concertmaster for all three of the orchestras at Juilliard, where she also won the Juilliard Pre-College Violin Competition in 2003 and 2006. In 2004, Ms. Kim was awarded the bronze medal at the Stulberg International String Competition. Ms. Kim was also a recipient of the Jack Kent Cooke Award in 2006 and was featured on NPR’s award-winning show “From the Top”. Miran has spent her summers studying at Yellow Barn, Aspen Music Festival, Fontainebleau (where she was awarded the Prix Casadesus), as a featured young artist at the Starling-DeLay Symposium Program, and the Taos School of Music. In 2008, she began her undergraduate studies at the Juilliard School of Music with Joel Smirnoff. She transferred to the Cleveland Institute of Music (CIM) in 2009 when Smirnoff became President of the Institute. In 2012, Ms. Kim was a winner of the CIM concerto competition, and was featured as a soloist with the CIM Orchestra. Ms. Kim completed her first year of the Master’s program at Rice University’s Shepherd School of Music, where she studied with Cho-liang Lin and served as concertmaster. Additionally, she has studied with Benny Kim, Ida Kavafian, Sylvia Rosenberg, and Paul Kantor.