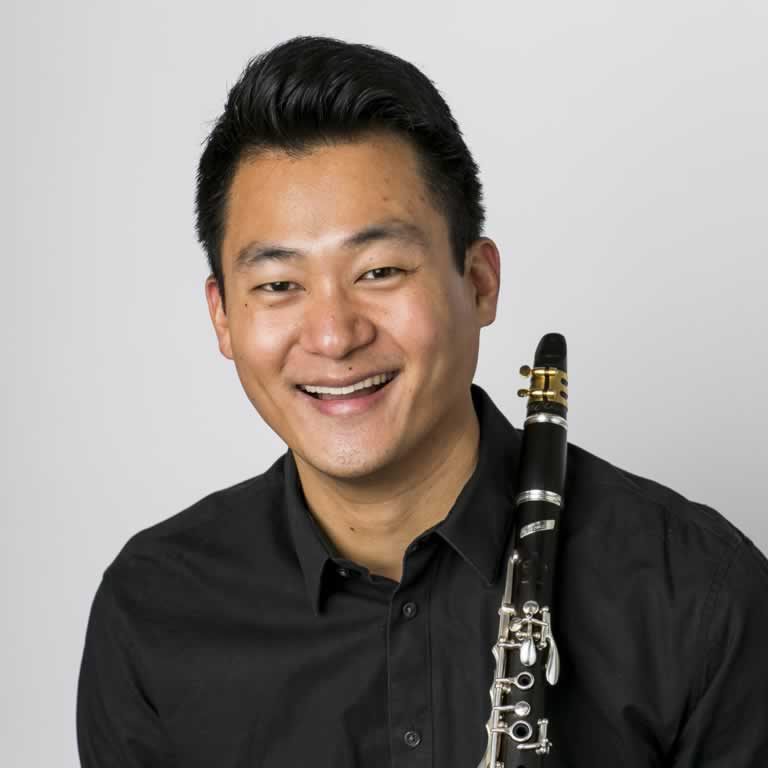 Clarinetist JJ Koh is principal clarinetist of the Madison Symphony and enjoys an active life as a performer and a teacher. He was a member of the Civic Orchestra of Chicago and was on faculty at Sistema Ravinia and Music Academy of Chicago. He is a founding member of the Arundo Donax Reed Quintet, winner of the Fischoff National Chamber Music Competition. Since then, the group has premiered and recorded multiple works, taught master classes, and performed in various concert settings all over the country. Through the Chicago Symphony Orchestra’s MusiCorps Educational and Community Outreach Series, his woodwind quintet provides innovative concerts. As the principal clarinetist of KammerMahler, JJ participated in a world premier recording project of the chamber version of Gustav Mahler’s Fourth and Ninth Symphonies. He also premiered Kaleidoscope by Perry Goldstein, which was recorded through New Dynamic Records. In the summer time, JJ has participated in the National Repertory Orchestra, Lake George Music Festival, Chautauqua Symphony Orchestra and for three summers he has held a Fellowship at the Aspen Music Festival and School. As an Associate Instructor of Clarinet at Indiana University, he completed his Master’s and Bachelor’s degree under the instruction of Eli Eban and James Campbell. His Master’s recital received special recognition by being awarded the Performer’s Certificate.