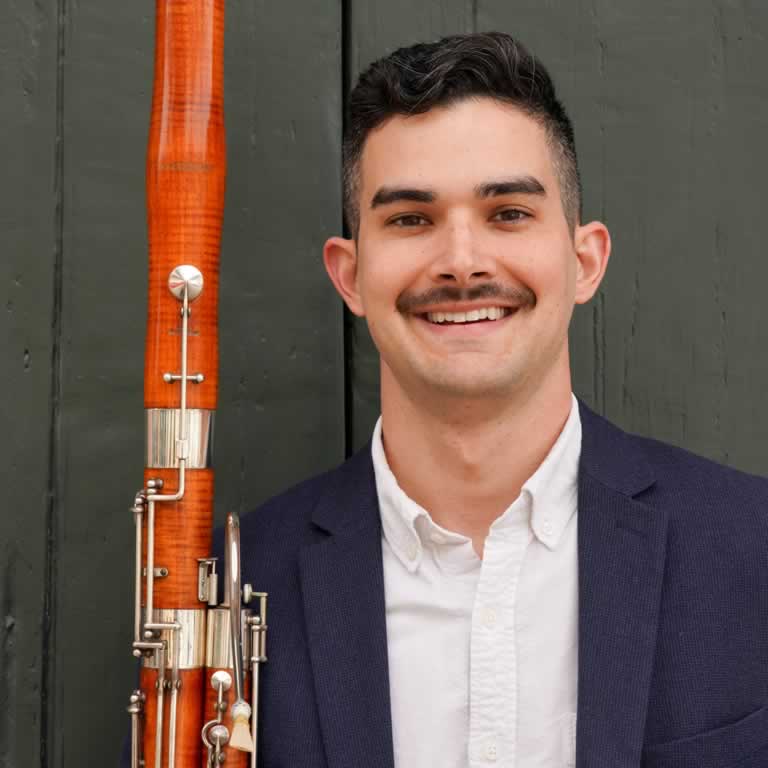 Jack Peña is the Principal Bassoonist of the Louisiana Philharmonic in New Orleans, a chair he has held since 2016. Born and raised in Dallas, Texas, Jack began playing music at age eleven, finally focusing on the bassoon at fourteen. Since then, he has performed with the St. Paul, Seattle, Houston, Atlanta, Milwaukee, and Toronto symphonies. In 2013, The New York Times hailed him for his “deft solo work” in performances at Carnegie Hall.

Jack received his undergraduate degree in 2015 from the Colburn Conservatory in Los Angeles where he studied with Richard Beene. His other teachers include Benjamin Kamins and Hermann Vogelstein.