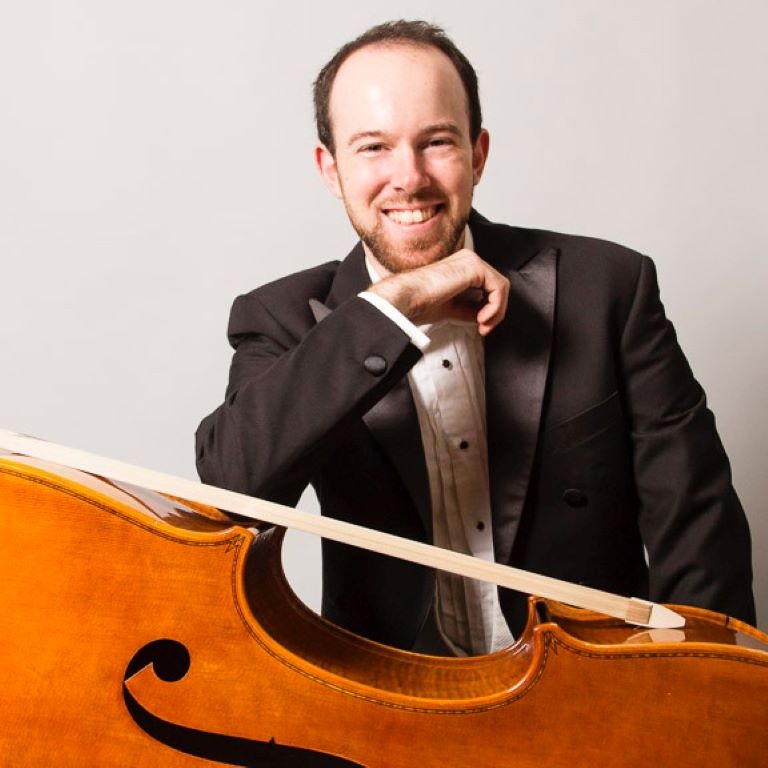 A bassist who makes his home in Houston Texas, David Connor enjoys a varied career as an orchestral, chamber, and jazz musician. Through his role as a Community Embedded Musician with the Houston Symphony he brings music to community spaces in through solo, chamber, and interactive educational performances. Appointed Assistant Principal Double Bass of the Houston Ballet Orchestra in 2018, David maintains a busy performing schedule, including performances this season with the Houston Symphony, Houston Grand Opera, River Oaks Chamber Orchestra, Monarch Chamber Players, Loop38, Britt Festival Orchestra, Lakes Area Music Festival, and his own eight piece band, “Dave Connor and Friends.”

As a bass player with the New World Symphony from 2013-2015, David collaborated with musicians within the organization and from afar. Highlights include performing and curating a recital for the Inside the Music series entitled “Listen to the Bass,” coaching youth orchestras in Medellin, Colombia and Geneva, Switzerland. Other teaching artist engagements include coaching the bass section at the Los Angeles Philharmonic’s YOLA National Festival since 2017, co-leading the Collaborative Songwriting Residency in 2016 with his band The alt Default as a winner of the John S. and James L. Knight Foundation Miami Arts Challenge, and a Young Artist Fellowship with Da Camera of Houston.

Prior to joining the New World Symphony, David attended the North Carolina School of the Arts, Peabody Institute, Carnegie Mellon (BFA) and Rice University (MM). He was a student and fellow at the Britten Pears, Aspen, Music Academy of the West, and Sarasota summer festivals. His primary teachers and mentors are Timothy Pitts, Jeffrey Turner, and John Hood.