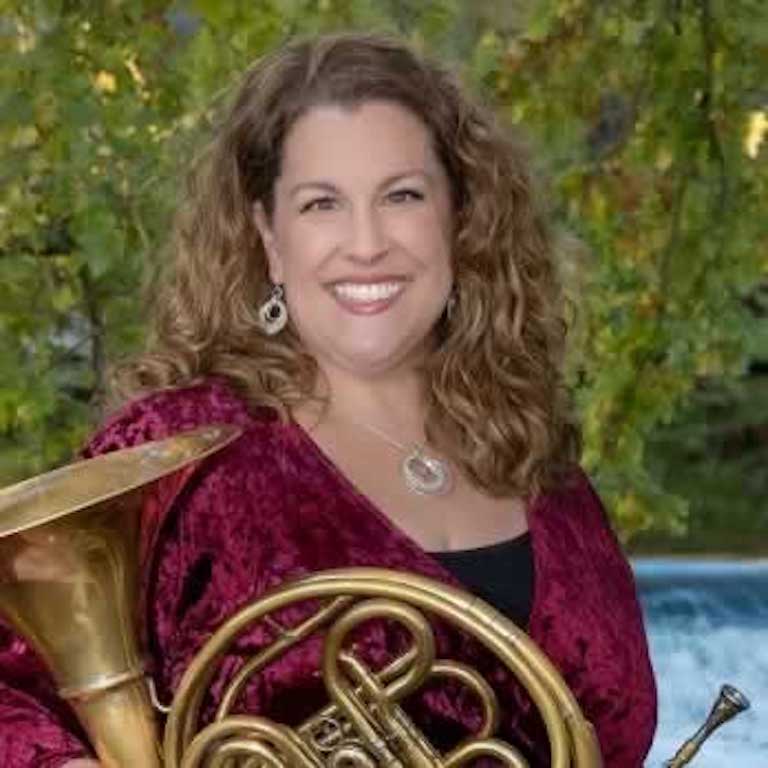 Darcy Hamlin has held the third horn position with the Milwaukee Symphony Orchestra since 2003. She received her bachelor’s degree in music education from the Oberlin Conservatory of Music and her master’s degree in horn performance from The Cleveland Institute of Music.

Ms. Hamlin has performed as a concerto soloist with numerous orchestras including the Milwaukee Symphony, and spent three summers in the Colorado Rockies as Principal Horn of the Breckenridge Music Festival. She enjoys freelancing with numerous brass quintet opportunities in the Milwaukee area, as well as collaborating frequently with Musaik, Milwaukee’s chamber music consortium. A passionate educator, Ms. Hamlin serves on the faculty of the Wisconsin Conservatory of Music as well as teaching her own home private studio. Her students have attended prestigious conservatories and won positions in professional orchestras. Her hobbies include reading, drawing, walking, yoga, and being silly with her kids. She lives in Glendale with her husband, writer and editor David Lewellen, and their children, Benjamin and Sophie.