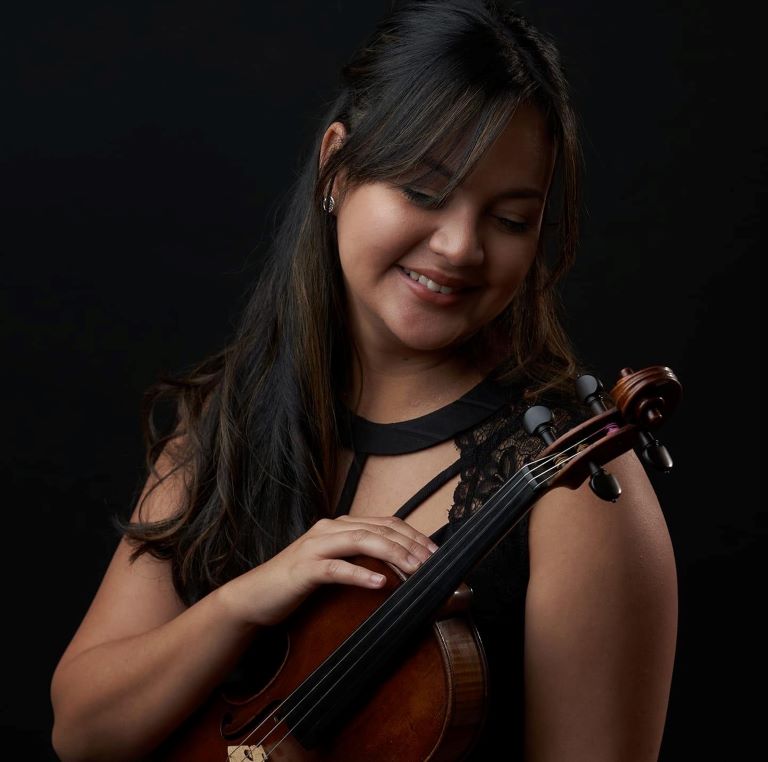 The Venezuelan Violinist Allison Lovera has been described as a Violinist whose performance is “A blast of emotions and colors combined with a sincere and honest approach to the music” (Joshua Dos Santos, Conductor statement to the Aragueño Newspaper). Winner of several awards including first prize at the Maurice Hasson National Violin Competition, Solo Competition 2017 Winner at the Chicago College of Performing Arts, Farwell Trust Award of Musicians Club of Women 2018, Luminarts Cultural Foundation String Fellowship Award 2018, Rudi E. Sheidt School of Music Concerto Competition 2020, Chicago International Music Competition Rising Star first prize, and Iscart International Music Competition Solo Category Winner 2021.
​
Ms. Lovera made her soloist debut at the age of 13 years old with the Aragua Symphony Orchestra in Venezuela. After this, she has performed as soloist with several orchestras around Venezuela and the U.S. including the Simón Bolívar Symphony Orchestra and the CMI Chamber Orchestra in San Antonio TX. In addition, she had performed multiple solo recitals around Venezuela, Costa Rica and the Chicago area.​

Allison Lovera studied with Mrs Almita Vamos at the Chicago College of Performing Arts, and Dr. Marcin Arendt at the Rudi E Scheidt School of Music.