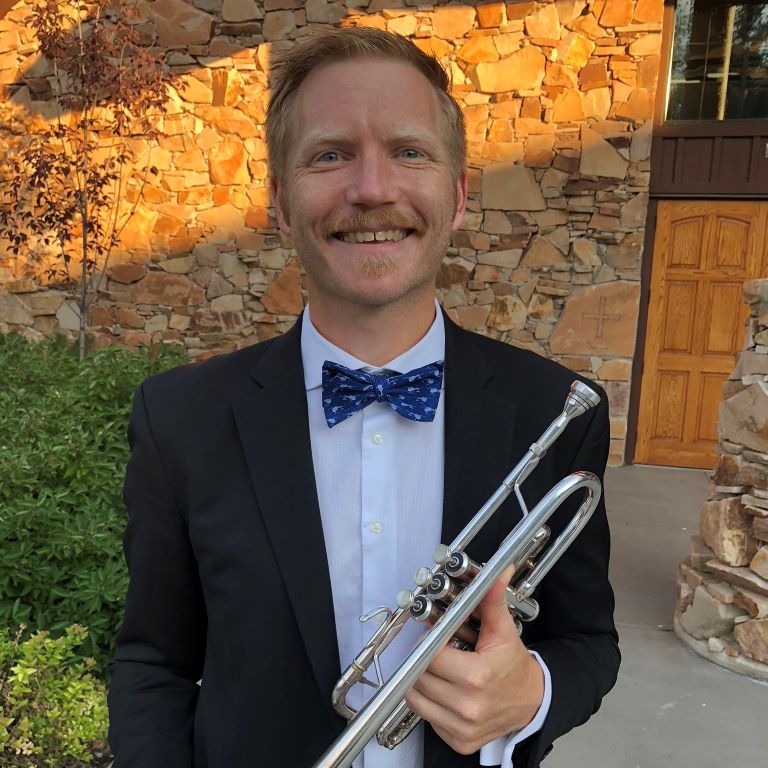 Travis Peterson, joined the Utah Symphony as principal trumpet in 2013. He grew up on a dairy farm outside of the central Minnesota town of Milaca. He started playing trumpet at the age of 10 and joined the school band and jazz band. While in high school and during his first years in college, he was also a member of the drum and bugle corps, The Madison Scouts. After high school, he went on to study music education at the Jacobs School of Music at Indiana University, where he studied with Edmund Cord. After finishing his degree at IU, he went on to receive his Graduate Diploma in performance from The New England Conservatory in Boston, MA. He studied with Ben Wright and Tom Rolfs, both of the Boston Symphony Orchestra. He is a proud alumnus of the New World Symphony, where he was a fellow in Miami Beach for 3 years under the direction of Michael Tilson Thomas from 2010-2012. He attributes his time there as a seminal moment in his growth into the musician he is today.

Travis has performed with the Tanglewood Music Center Orchestra, National Repertory Orchestra, Spoleto USA Festival Orchestra, Artosphere Festival Orchestra, Opera North, the Grant Park orchestra in Chicago, and the Mainly Mozart Festival in San Diego. He can regularly be seen performing with the String’s Festival in Steamboat Springs during the summer under the direction of Michael Sachs, principal trumpet of the Cleveland Orchestra. Also during the summer he performs with the Lakes Area Music Festival in Brainerd, MN. Travis has performed several times with the Boston Symphony Orchestra, including their 2015 European Tour. He has also performed as guest principal trumpet with the San Francisco Symphony, as guest associate principal trumpet with the Philadelphia Orchestra, and guest principal trumpet of ROCO in Houston. Travis is adjunct professor of trumpet at the University of Utah and enjoys working with his students. He has enjoyed curating chamber performances in SLC at the Cathedral of the Madeleine and in his hometown for his childhood community. Mr. Peterson is happily married to the love of his life and enjoys time with their two dogs Finn (Australian Shepherd) and Millie (Minnie Aussie-doodle).