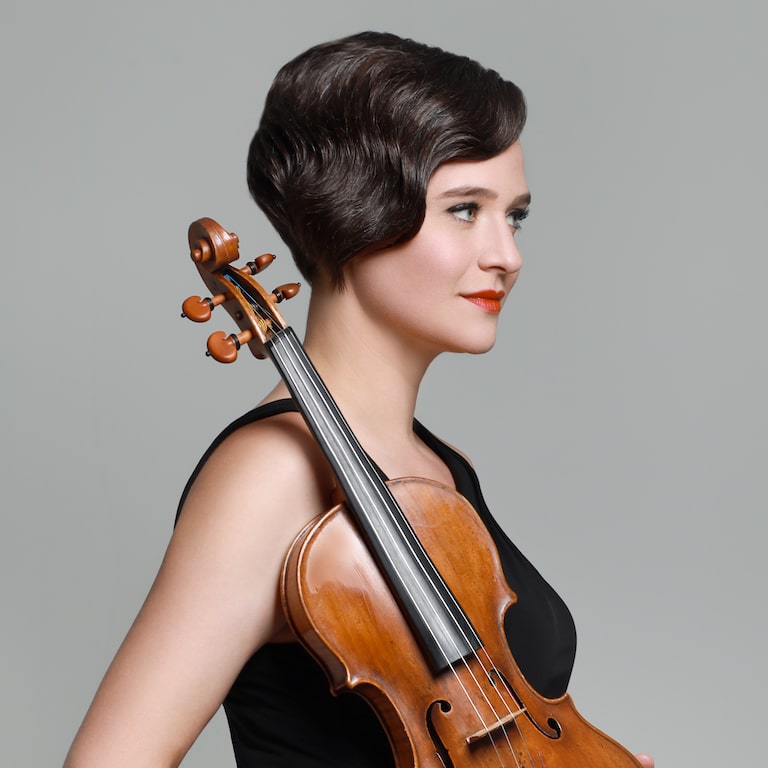 Described as an “eloquent soloist” (Boston Globe) who plays “with lucid heat” (New York Times), violinist Sarah Silver Manzke has a multifaceted and international musical career as a soloist, chamber musician, orchestral player, and teacher. She is the Associate Concertmaster of the San Antonio Symphony, having joined the orchestra in 2014.

Championing contemporary music, Ms. Manzke is particularly passionate about sharing the works of living and recent composers. As part of the 2014 Tanglewood Music Center’s Festival of Contemporary Music, she became only the second violinist to perform Steven Mackey’s violin concerto, Beautiful Passing. After spending three summers as a fellow, where she won the Jules C. Reiner Violin Prize, Ms. Manzke was invited back to be a member of the New Fromm Players, a distinguished chamber music ensemble devoted to performing contemporary music. Performances of Elliott Carter’s String Quartet No. 1 as well as the United States premiere of Epigrams, Carter’s last written work, prompted Musical America to feature her as the New Artist of the Month for September 2013.

This past June, Ms. Manzke performed Astor Piazzolla’s Estaciones Porteñas with the San Antonio Symphony, and has also been a soloist with the Pittsburgh Symphony Orchestra, Carnegie Mellon Philharmonic, and Pittsburgh Civic Orchestra. Residencies have included a teaching fellowship at Universidad EAFIT in Medellín, Colombia as well as two seasons in Hong Kong as an artist-in-residence for The Intimacy of Creativity: The Bright Sheng Partnership. Other music festivals she has performed at include Kneisel Hall, the New York String Orchestra Seminar, Spoleto Festival USA, and Aspen Music Festival.

Originally from Pittsburgh, Ms. Manzke received a Bachelor of Music degree from Carnegie Mellon University, studying with Andrés Cárdenes, followed by a Master of Music degree from the New England Conservatory, studying with Malcolm Lowe. An avid teacher, she also pursued a minor in music education, earning K-12 certification as an undergraduate following student teaching placements in both general music and instrumental instruction. Following graduate school, she was a fellow for two years at the New World Symphony in Miami.

Ms. Manzke is thrilled to be a founding member of Agarita, an innovative nonprofit chamber music ensemble based in San Antonio. Simultaneously expanding her career into the business world, she earned a Master of Business Administration with a concentration in Finance at the University of Texas San Antonio in 2020 and currently serves as the Director of Marketing for Blue Skies of Texas, a continuing care retirement community in San Antonio. In her spare time, she enjoys riding bicycles with her husband and two-year-old son.