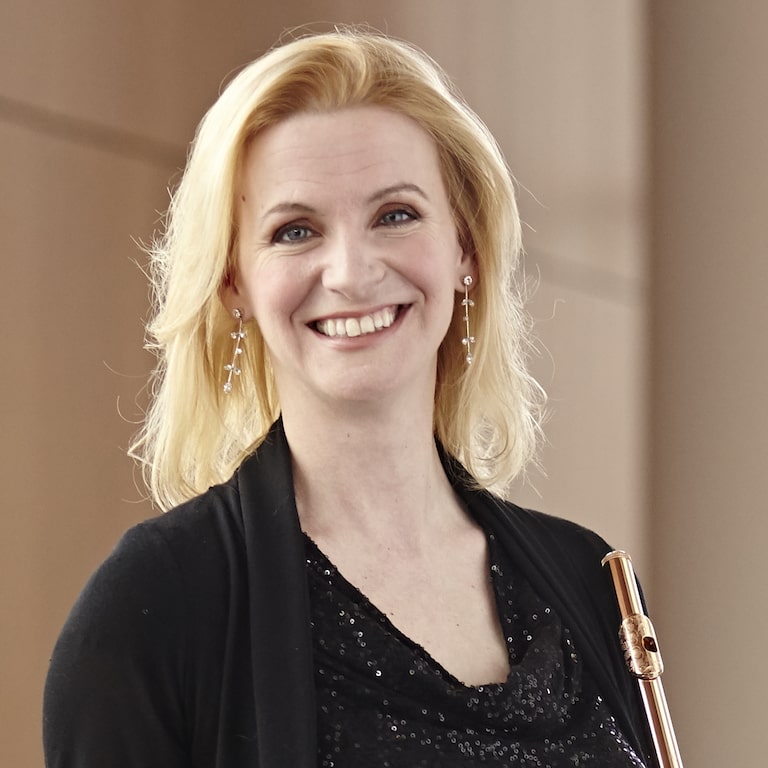 Roma Duncan joined the Minnesota Orchestra in 2003. She has performed Vivaldi’s Piccolo Concerto in C major with the Orchestra in 2005, 2007, and 2019, and at the Lakes Area Music Festival in 2018. Duncan has been a featured soloist with the Minnesota Bach Ensemble, l’Orchestre Symphonique de Trois-Rivières, l’Orchestre Symphonique de Québec and the Windsor Symphony.

Born in Nova Scotia, Canada, Duncan grew up in the province of Newfoundland, where she began playing flute at age 11. At McGill University she earned a bachelor of music performance degree with high distinction in flute; she then earned a master’s degree at the University of Michigan. Duncan’s most influential teachers were Jeffery Zook, Carolyn Christie and Clement Barone. As a student, she participated in various competitions, taking first place in the CIBC National Music Festival, winning the concerto competition of l’Orchestre Symphonique de Trois-Rivières and McGill University, and earning the Prix du Club Musical de Québec from l’Orchestre Symphonique de Québec.

Duncan lives in Edina with her children Mika and Sasha.