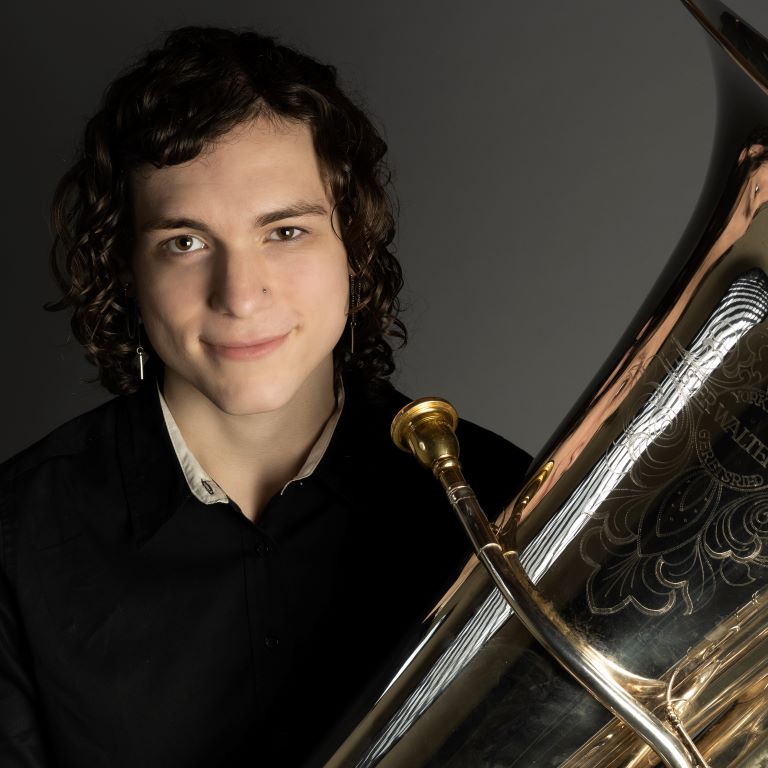 Robbie Black is the newly appointed principal tuba of the Milwaukee Symphony Orchestra, a position they began in September 2020. Previously, they were pursuing an undergraduate degree in tuba performance at Rice University studying with Dave Kirk.

Recognized for their solo playing, Robbie was awarded first prize in “The President’s Own” Marine Band Concerto Competition, and the student division of the Falcone Tuba and Euphonium Competition. Robbie has also attended summer programs such as the Boston University Tanglewood Institute, and the Pokorny Redlands Low Brass Seminar.