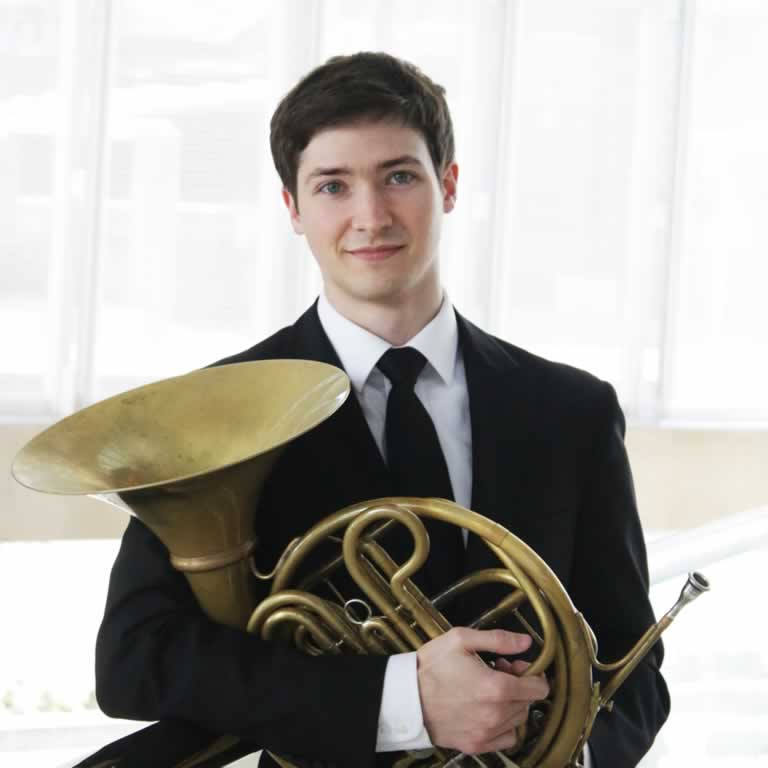 Kevin Haseltine joined the Dallas Symphony Orchestra in 2015, where he holds the position of 4th horn. Glad to return to his home state of Texas, he is originally from Houston, where he began his musical studies as a student of Roger Kaza, now the principal horn of the St. Louis Symphony. Before joining the DSO, Kevin was a horn fellow at the New World Symphony in Miami Beach where he had the opportunity to work with maestro Michael Tilson Thomas and such esteemed performers as Yefim Bronfman and Anne-Sophie Mutter. Kevin graduated with honors from the Bienen School of Music at Northwestern University, where he studied under the tutelage of renowned brass pedagogue Gail Williams and principal horn of the Lyric Opera, Jon Boen. While in Chicago, Kevin was a member of the Civic Orchestra and frequently performed with the Chicago Symphony. He also performed avidly as a chamber musician, forming a brass quintet that placed third in the 2014 Fischoff Chamber Music Competition. His most notable summer experience was as a horn fellow at the Tanglewood Music Center, which allowed him to work closely with members of the Boston Symphony Orchestra. During his second year at the festival, he was asked to join the BSO for their 2015 summer European tour as well as perform several concerts with them that season. In addition to Boston and Chicago, Kevin has also performed with the St. Paul Chamber Orchestra, and has had the opportunity to work with such notable conductors as Riccardo Muti, Andris Nelsons, Christoph von Dohnanyi, Charles Dutoit, and well-known film composer, John Williams.