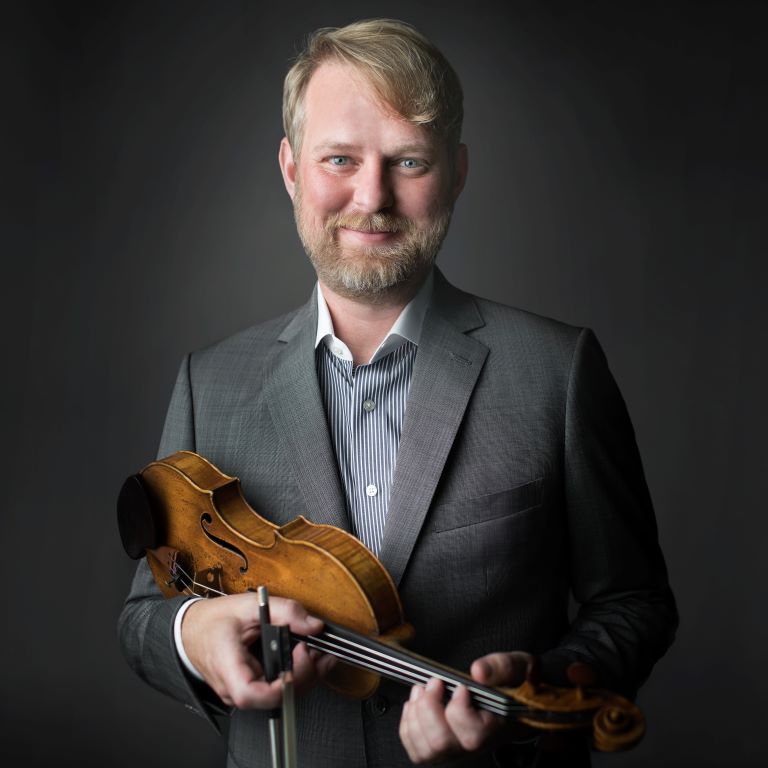 A devoted and active chamber musician, Bruns has appeared with numerous ensembles, among them Atlanta, Georgian, Michigan, Palladium (St. Petersburg) and Riverside Chamber Players, and at the Savannah and San Miguel Chamber Music Festivals, and Carnegie Hall. He has an affinity for performing the sonata cycles of Beethoven, Brahms, and late-Viennese Mozart and for bringing new and obscure pieces for solo violin to new audiences.

During summers he has appeared at the music festivals of Aspen, Beijing, BRAVO (Vail), Chamber Music of the Black Hills, Mainly Mozart in San Diego, Music in the Mountains (Durango), NTSO (Taiwan), and Steamboat Springs Strings and as faculty of National Youth Orchestra at Carnegie Hall. This summer he solos with the Fortismere Symphony in London and Bellingham Music Festival, concertmasters at Bellingham, Cabrillo, Lakes Area Music Festival and the International Viola Congress, and performs chamber music with Lake Tahoe Chamber Music Society and Jackson Hole Chamber Music Festival.