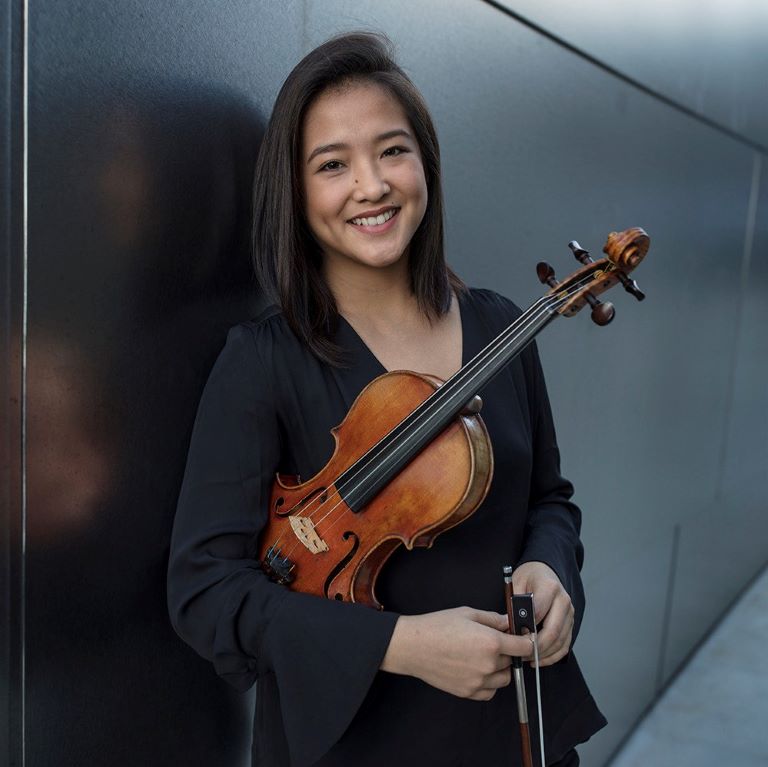 Gabriela Peña-Kim comes from a musical and diverse family, her father a native of Honduras and her mother from South Korea. She graduated from the Jacobs School of Music at Indiana University, where she studied with Alexander Kerr, concertmaster of Dallas Symphony. Her main focus has been on orchestral playing, attending numerous music festivals, including; Music Academy of the West, Pacific Music Festival, Schelswig-Holstein Musik Festival and Aspen Music Festival. She sat alongside Stephen Rose as Principal Second violin at PMF and was a finalist for the concerto competition at Music Academy. After graduating she played two seasons with the Jacksonville Symphony under music director, Courtney Lewis and has more recently been playing with the Los Angeles Philharmonic as part of the Resident Fellow program for the past two seasons under Gustavo Dudamel. She was a frequent guest artist with the Lawson Ensemble; resident trio at the University of Florida in Jacksonville. Gabriela now often performs chamber music alongside her LA Phil colleagues and has had opportunities such as opening the Ford; the newest venue addition to the LA Phil, and performing solo Bach to open a concert featuring Essa-Pekka Salomon’s piece ‘Fog’. Along with being a part of the St. Augustine Music Festival for the past 10 years, she is also involved in managing the festival with her parents, the founders.