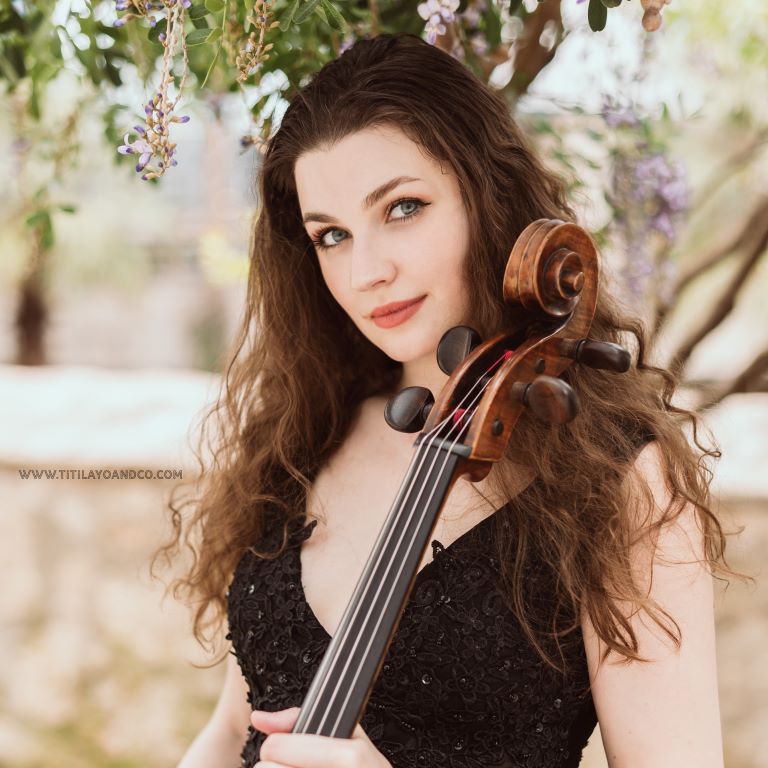 Praised for her “beauty of tone and musical line” (South Florida Classical Review), cellist Clare Bradford enjoys a career as an orchestral player and chamber musician. This is Clare’s first season performing with the Lakes Area Music Festival. In previous years she has played with the Colorado Music Festival Orchestra and has had a long-standing collaboration with the Classical Music Institute (CMI) of San Antonio where she is a teacher and guest artist. She is a recent alumna of the New World Symphony Orchestra under the direction of Michael Tilson Thomas.

Ms. Bradford has always had a particular love for works by living composers which has led her to collaborate closely in chamber music settings with some of the most recognized composers of our time such as Marcos Balter, Missy Mazzoli, Caroline Shaw and Joan Tower. She was also a guest at the 2021 Ojai Music Festival which was led by John Adams. Clare has performed 21st century cello concertos, such as Tan Dun’s Crouching Tiger, Hidden Dragon concerto with the New World Symphony and Dobrinka Tabakova’s Cello Concerto with the CMI Chamber Orchestra.

Clare completed her conservatory training with a Bachelor degree at New England Conservatory and a Masters degree at the Juilliard School. She is currently in the process of moving to Calgary, Alberta as she continues to build her musical career.