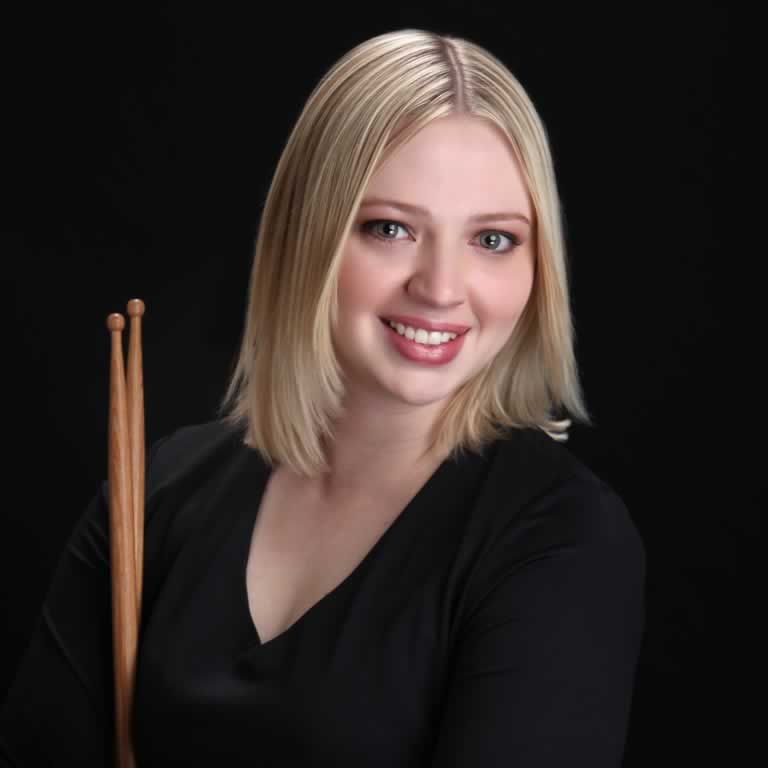 Alison Chorn joined the percussion section of the Fort Wayne Philharmonic in 2013. Prior to moving to Fort Wayne, she was Principal Percussion of the Mansfield Symphony Orchestra in Mansfield, Ohio. Her active orchestral career has included appearances with the Cleveland Orchestra, the Minnesota Orchestra, the Buffalo Philharmonic, the Indianapolis Symphony, and the Toledo Symphony. Alison earned a Bachelor of Music degree from Cleveland State University in 2014 and spent summers at the Aspen Music Festival, Music Academy of the West, and the Eastern Music Festival. A passionate educator, Alison is Guest Lecturer in Percussion at Indiana-Purdue University Fort Wayne (IPFW), and coaches the percussion section of the award-winning Columbia City High School Marching Band. A native of St. Paul, Minnesota, Alison began her musical studies in piano at with Zhenya DeVol at age seven. She studied percussion with Fernando Meza of the University of Minnesota, Kevin Watkins of the Minnesota Orchestra, and Tom Freer of the Cleveland Orchestra.