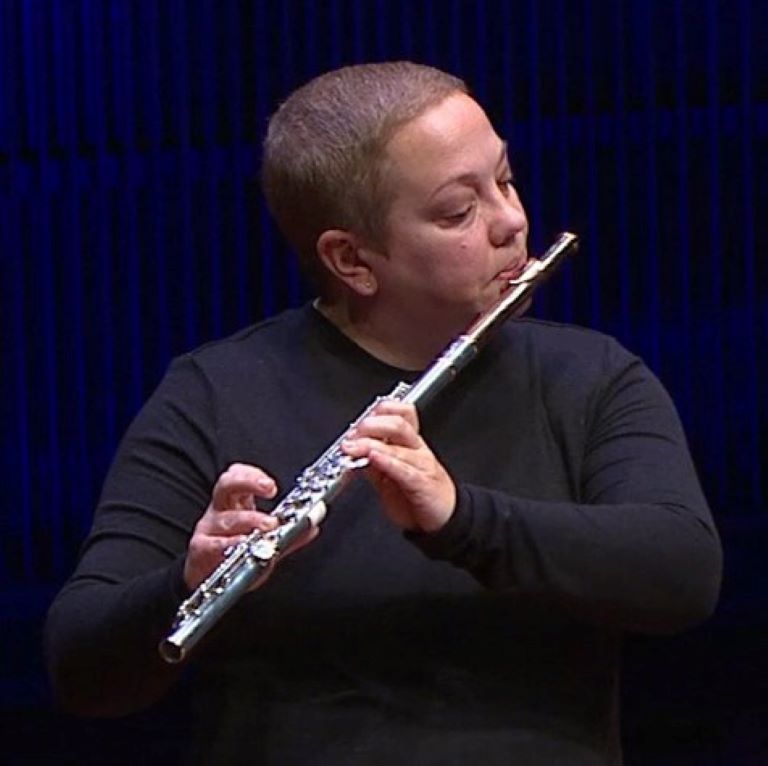 Alicia McQuerrey joined the SPCO as a flute and piccolo player in 2001. A native of Charleston, West Virginia, McQuerrey began studying the Suzuki flute method at the age of seven with Mrs. June Warhoftig, then principal flutist with the West Virginia Symphony. Alicia earned the distinction of becoming the first American student to complete the Suzuki flute method. Prior to joining the SPCO, she earned a bachelor’s degree in performance from the Cincinnati College-Conservatory of Music under the tutelage of Dr. Bradley Garner, flute and Jack Wellbaum, piccolo. McQuerrey earned her master’s degree and professional studies certificate from the Manhattan School of Music, studying with Michael Parloff, then principal flutist with the Metropolitan Opera Orchestra and Linda Chesis, soloist and chamber musician. McQuerrey resides with in St. Paul with her daughter, Lola and their dog, Cole and tortie, KitKat.