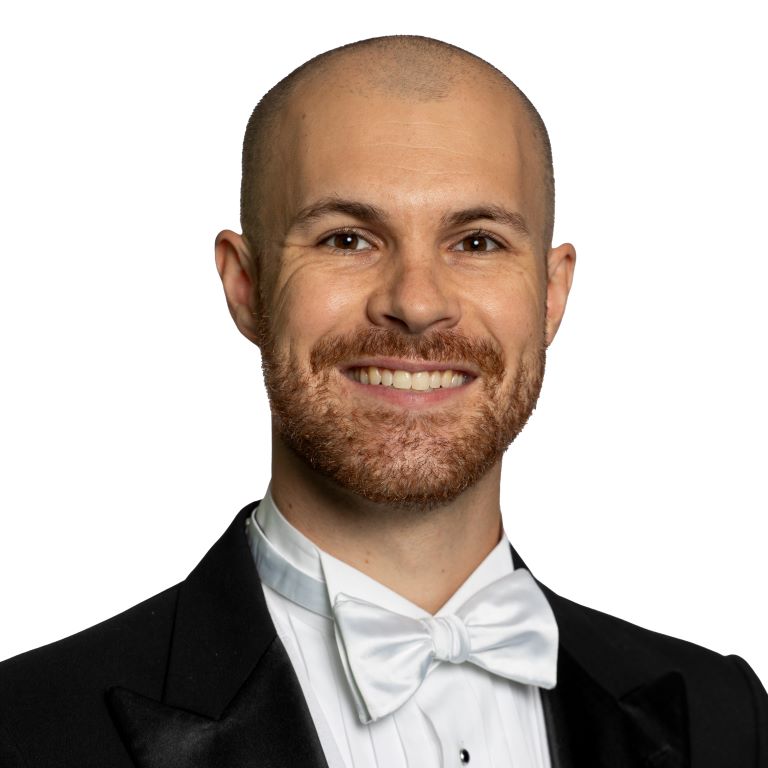 Michael Harper will join the National Symphony Orchestra as Assistant Principal Trumpet in the summer of 2022. He was previously a member of the Jacksonville Symphony, serving as Second Trumpet from 2018 to 2021 and Acting Principal for the 2021-2022 season. While in Jacksonville, he taught at Jacksonville University and the University of North Florida as an adjunct professor. Mr. Harper has performed with the St. Louis Symphony as guest principal, as well as with the Boston Symphony, Sydney Symphony, Cleveland Orchestra, Atlanta Baroque Orchestra (on baroque trumpet), New World Symphony, and Chicago Civic Orchestra. He has spent his summers at the Britt, Lakes Area, Tanglewood, Verbier, Lucerne, Aspen, NOI, AIMS, Chosen Vale, NSO SMI, and Interlochen music festivals. Winner of the CIM concerto competition, Michael performed the Arutunian Trumpet Concerto with the CIM Orchestra and maestro Jahja Ling in April 2016. In March 2010, Mr. Harper was featured on NPR’s From The Top with his trumpet trio, the only such ensemble to ever perform on the show.