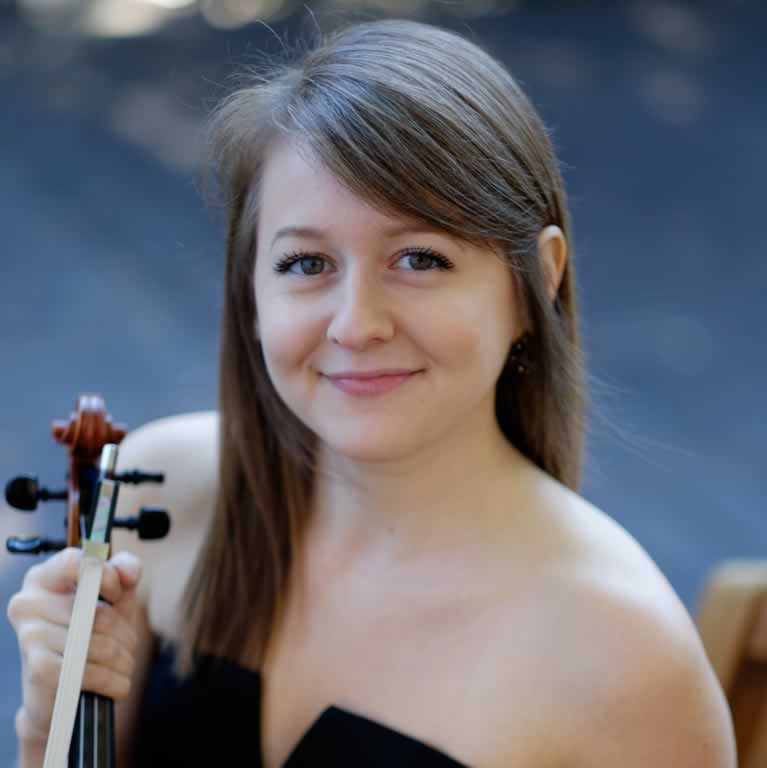 Lauren Haseltine is the second violinist of the Cézanne Quartet, the inaugural ensemble-in-residence at Southern Methodist University, and one of the most active professional quartets in Dallas. Before joining Cézanne, she was completing a three-year fellowship with the New World Symphony, in Miami Beach. During her time at New World, Lauren was awarded frequent opportunities as a principal player in the orchestra, and has worked with countless renowned conductors and soloists, including Michael Tilson Thomas, Osmo Vänskä, Matthias Pintscher, Joshua Bell, Emmanuel Ax and Anne Sophie-Mutter. She has also worked with mainstream artists such as singer-songwriter Bruce Hornsby, and accredited actor, Malcolm McDowell. Lauren was also an active solo performer while at New World, most notably in her second season when she performed the solo violin part of Bach’s Brandenburg Concerto No. 4 with Jeannette Sorrell, founder of Cleveland’s early music ensemble, Apollo’s Fire. A graduate of the Eastman School of Music, Lauren completed her Bachelor of Music degree in Violin Performance studying with Charles Castleman. During her time at Eastman, she was a frequent concertmaster and principal of the Eastman School Symphony Orchestra, Eastman Philharmonia, and Eastman Opera Orchestra. She was also an active participant in the Eastman Collegium ensemble and performed as a permanent baroque consort member at the Christ Church of Rochester. Lauren has spent her summers at music festivals such as the Tanglewood Music Center, AIMS Graz and Colorado College Music Festival. She also served as Assistant Dean at the Castleman Quartet Program for three summers, where she gained experience in the administrative side of music making. Her most recent summer activities included work at the Music in the Mountains Festival in Durango, Colorado, where members of Cézanne were on faculty giving performances and coaching students.