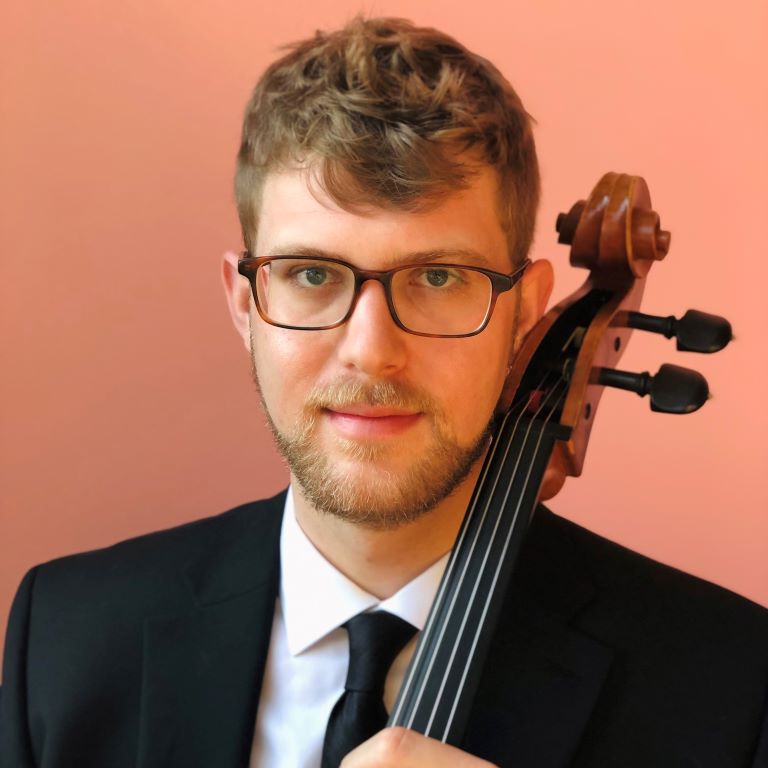 Lauded by the Chicago Classical Review as “polished and fiery, [with] robust tone, hair-triggered rhythmic sensitivity, [and] personality-plus playing”, cellist Jacob Hanegan is excited to join the musicians of the Lakes Area Music Festival for his first season in 2022. Jacob is the principal cellist of the Illinois Philharmonic Orchestra, with whom he has been a featured soloist, along with appearances on WFMT and the Dame Myra Hess Memorial concert series as part of the IPO String Quartet. As a lover of opera, he currently serves as the principal cellist of the Chicago Opera Theater, and previously spent two seasons performing with the Des Moines Metro Opera, as well as serving as principal of the Aspen Opera Center Orchestra, the Shepherd School Opera Orchestra, and the Eastman Opera Orchestra. Along with these roles, Jacob also enjoys regular performances with the Seattle Symphony Orchestra and Seattle Opera, as well as the Milwaukee Symphony Orchestras, Detroit Symphony Orchestra, and the Sarasota Orchestra. A 2018 alum of The New World Symphony, Jacob spent his time there working with leading cellists and conductors from around the world under music director Michael Tilson Thomas. Jacob has performed chamber music collaborations with members of the Cleveland Quartet and Emerson Quartet, along with numerous contemporary music performances in Chicago, Florida, Texas, and New York. Mr. Hanegan is a graduate of the Eastman School of Music under the tutelage of Steven Doane (BM), and Rice University Shepherd School of Music where he studied with Desmond Hoebig (MM). A recent transplant to Milwaukee, Jake is happily engaged to his much-acclaimed fiancé, and fellow Lakes Area Music Festival musician, Julia Coronelli, principal harpist of the Milwaukee Symphony Orchestra.