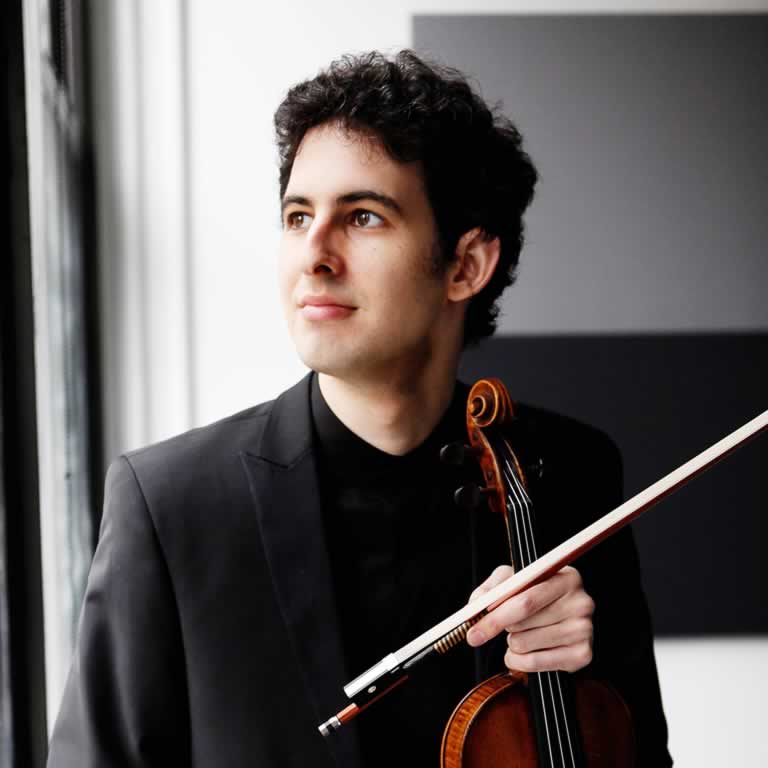 The recipient of an Avery Fisher Career Grant and a Borletti-Buitoni Trust award, Itamar Zorman was also joint winner of the 2011 International Tchaikovsky Competition. Other competition successes include first prize at the 2010 International Violin Competition of Freiburg and the Juilliard Berg Concerto Competition in April 2010.

His first solo CD recording, entitled ‘Portrait’, and featuring works by Messiaen, Schubert, Chausson, Hindemith and Brahms was released in Europe in August 2014 and the US in February 2015) by Profil – Editions Günther Hänssler.

Itamar Zorman is a recipient of scholarships from the America-Israel Cultural Foundation, and has taken part in numerous master classes around the world, working with Itzhak Perlman, Pinchas Zuckerman, Shlomo Mintz, Ida Handel and Ivry

Born in Tel-Aviv in 1985 to a family of musicians, Itamar Zorman began his violin studies at the age of six with Saly Bockel at the Israeli Conservatory of Music in Tel-Aviv. He graduated in 2003 and continued his studies with Professor David Chen and Nava Milo. He received his Bachelor of Music from the Jerusalem Academy of Music and Dance as a student of Hagai Shaham. He received his Master’s of Music from The Juilliard School in 2009, where he studied with Robert Mann and Sylvia Rosenberg, and received an Artist Diploma from Manhattan School of Music in 2010, and an Artist Diploma from Julliard in 2012, studying with Ms. Rosenberg. He later Continued his studies with Christian Tetzlaff and Mauricio Fuks at The Kronberg Academy.

Itamar Zorman plays on a 1734 Guarneri Del Jesù from the collection of Yehuda Zisapel.