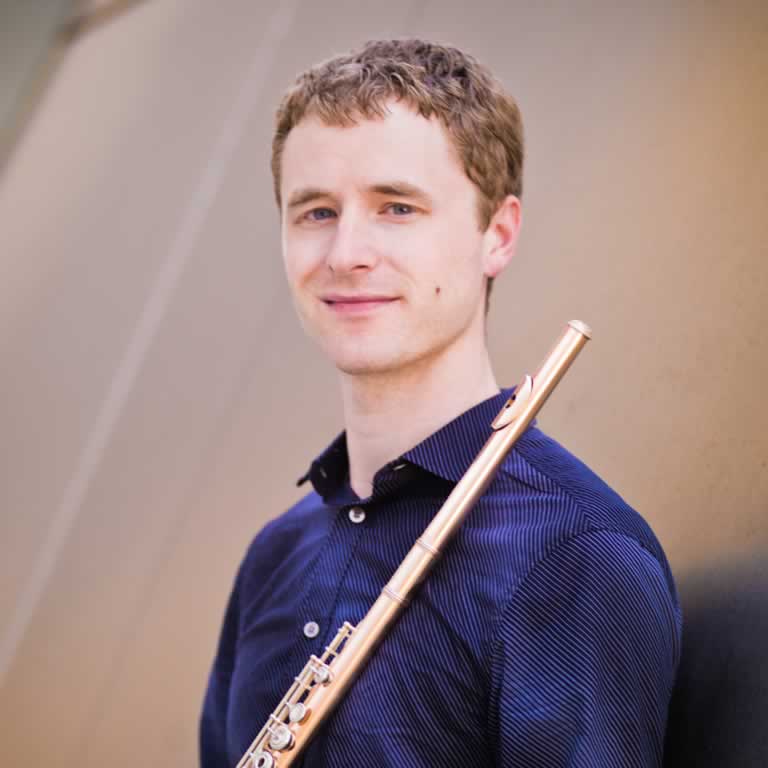 Milwaukee native Greg Milliren, the Minnesota Orchestra’s associate principal flute since 2009, has performed with many orchestras and music festivals. He has been honored to serve as guest principal flute with the Los Angeles Philharmonic, Dallas Symphony and Seattle Symphony, guest piccolo with the Chicago Symphony and guest flute section member with the Boston, San Francisco, National, Detroit and Colorado symphonies. He has also performed with the Santa Barbara Chamber Orchestra, Spoleto Festival USA and New World Symphony. He has been active with many contemporary music ensembles in Southern California, including the Los Angeles-based Definiens Project, which has developed several concert series in non-traditional venues.

Locally Milliren has appeared on the Orchestra’s chamber music series, performing Takemitsu’s And then I knew ’twas Wind, and has performed with the Chamber Music Society of Minnesota. He was featured as soloist with the Bloomington Symphony Orchestra in 2012, playing the Christopher Rouse Flute Concerto, and he has served as principal flute with the Lakes Area Music Festival in Brainerd, Minnesota. A committed educator, he is in demand locally and nationally as a teacher and audition coach.

Milliren began studying piano as a six-year-old and picked up the flute at age 10. He was a member of the Milwaukee Youth Symphony when he became aware of how much he loved symphonic music and determined to become a professional musician. He first performed with the Minnesota Orchestra as a substitute musician while earning his undergraduate degree at the University of Minnesota. He subsequently completed a master’s degree at the University of Southern California. Among his most influential teachers have been Julia Bogorad-Kogan, principal flute of the Saint Paul Chamber Orchestra; Jim Walker; Adam Kuenzel, principal flute of the Minnesota Orchestra; and Immanuel Davis, Heather Clark and Sarah Jackson.