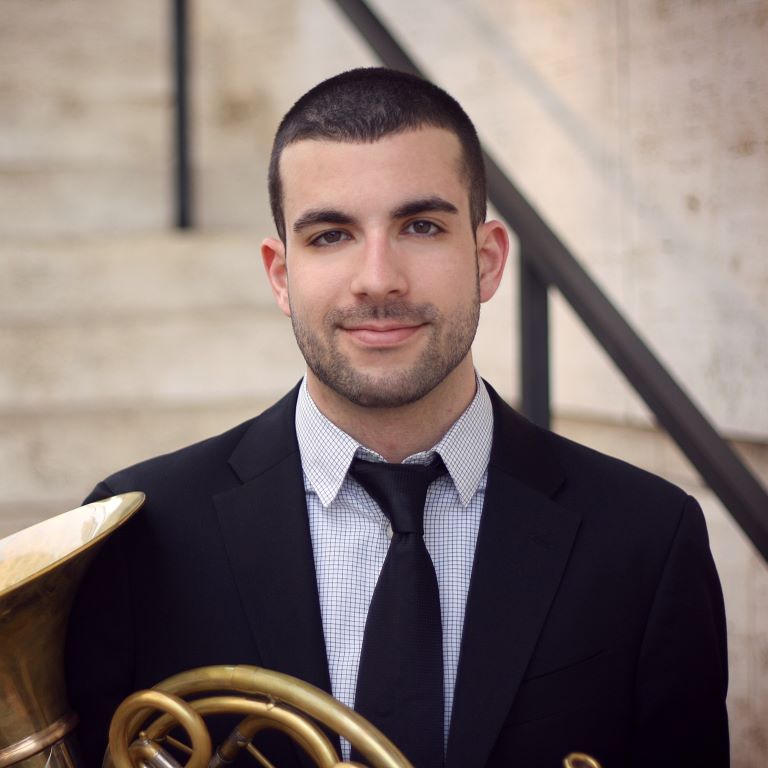 David Raschella completed his undergraduate and graduate degrees in Horn Performance at the Juilliard School of Music where he studied under the instruction of Julie Landsman, Erik Ralske, and Michelle Baker. Upon completing his masters degree in 2015, David moved to Miami, FL to join the New World Symphony led by Michael Tilson Thomas. He has since made appearances as Principal Horn with the Vancouver Symphony Orchestra, Utah Symphony, and Toledo Symphony. David has also performed with the Houston Symphony, Naples Philharmonic, Indianapolis Symphony Orchestra, and San Antonio Symphony. David has spent summers performing at the Spoleto Festival, Tanglewood Music Center, and the Britt Festival. In his spare time he enjoys playing golf, fishing, and watching the New York Yankees.