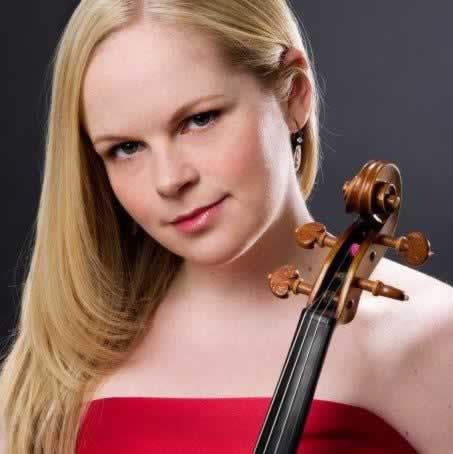 Violinist Colleen McCullough has been praised for her “elegance and big, gleaming tone” by the Dallas Morning News, and has established a reputation as a leader on many stages of the orchestral world. Ms. McCullough has served as concertmaster for the Memphis Symphony, the 2011 YouTube Symphony in Sydney Australia, the University of Texas at Austin Symphony, the New England Conservatory Orchestras, and the New World Symphony. Colleen is currently a member of the Austin Symphony and Breckenridge Music Festival Orchestras, and plays regularly in the twin cities as a substitute with the Minnesota Orchestra and the St. Paul Chamber Orchestra.

Colleen began her violin studies at age two under the direction of Alice Joy Lewis. She received an undergraduate degree in violin performance from the New England Conservatory of Music in Boston, MA, where she completed her studies with Eric Rosenblith. Dr. McCullough received both her Master of Music and Doctor of Musical Arts degrees in violin performance from The University of Texas under the tutelage of Brian Lewis, where she was a full scholarship recipient.