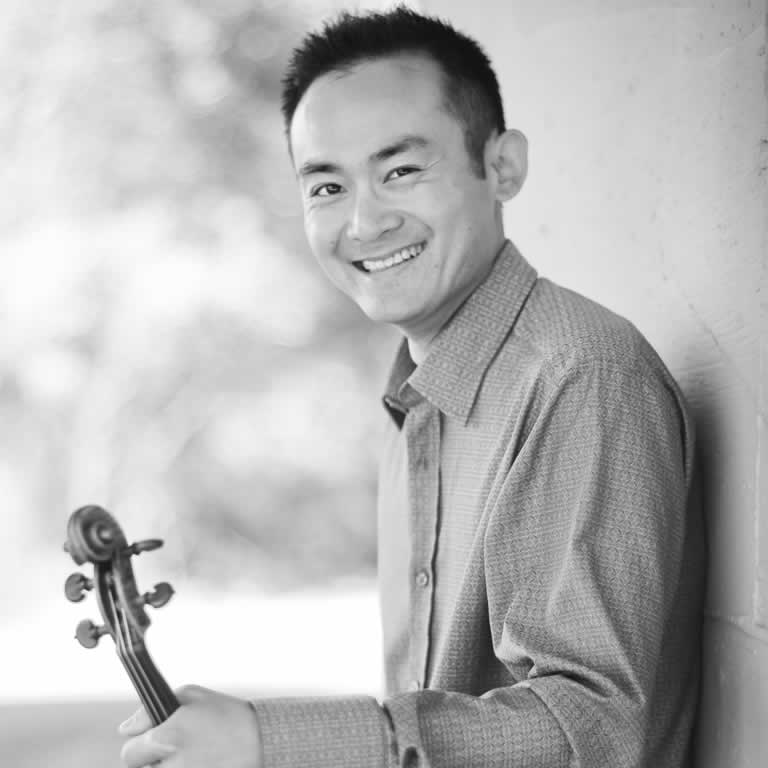 A native of Shanghai, Chen Zhao showed an early interest in music, playing a makeshift violin (a chopstick and pencil box) until his parents gave him a 1/8-size violin on his fourth birthday. He studied with his uncle Ronghao Nie and gave his first public performance at the Shanghai Children’s Palace at age six. He went on to study at the Shanghai Conservatory of Music, Crossroads School for Art and Sciences, Curtis Institute of Music, SF Conservatory of Music, and joined the San Francisco Symphony at age 25. His teachers include Jiaxiang Zhou, Jiyang Zhao, Heiichiro Ohyama, Felix Galimir, and Camilla Wicks.

Chen has toured throughout the US, Europe, and Asia, and performed at Ravinia, La Jolla, Sun Valley, Round Top, Santa Fe, PMF, Evian, BBC Proms, Lucerne festivals.  A seasoned performer in the world’s most prestigious concert halls, Chen has also performed as a soloist most recently with the San Francisco Symphony, Curtis Symphony Orchestra, Oslo Chamber Orchestra, and the Stanford Symphony Orchestra.  An avid chamber musician, he has performed with Martin Lovett, Miriam Fried, Paul Neubauer, Robert Chen, Gilbert Kalish, Jorja Fleezanis, Geraldine Walther, and studied with members of the Amadeus, Guarneri, Vermeer, Juilliard, and Borodin Quartets.  Chen has also performed and recorded with artists such as John Denver, Train, and most recently, Metallica at the Chase Center.

Chen has mentored young violinists in San Francisco since 2000. He is a violin professor at the San Francisco Conservatory of Music and serves as the orchestral training coach for both the SF Conservatory Orchestra and the SF Symphony Youth Orchestra.