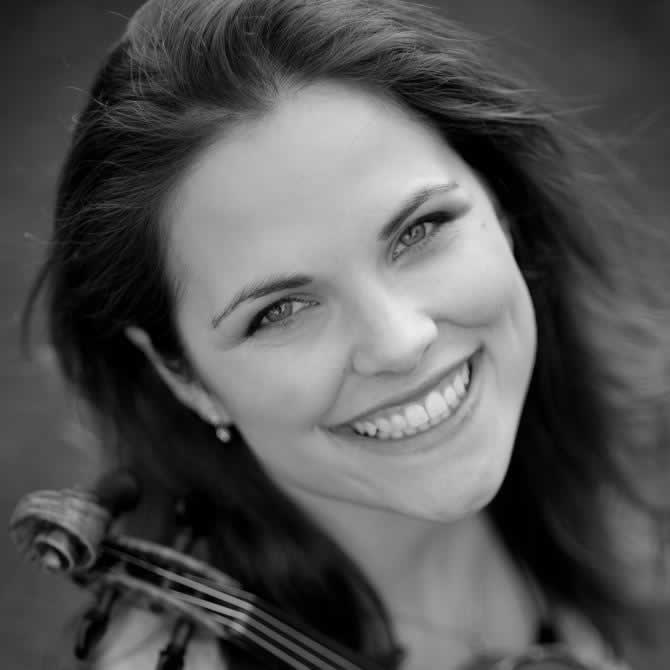 Alex has received fellowships from the New World Symphony, the Tanglewood Music Center and the Aspen Music Festival. She has performed with and/or recorded for pop musicians including Prince, Stevie Wonder, Rod Stewart, Michael Buble, and Idina Menzel.

In addition to her experience onstage, Alex has appeared in interviews and performances on the BBC, NPR, and PBS.

Alex holds degrees from the Cleveland Institute of Music and the Manhattan School of Music. Her primary teachers include Charles Gray, Burton Kaplan and Paul Kantor.

In addition to her life as a violinist, Alex is a certified yoga teacher. She loves being outdoors, particularly up north in Minnesota!