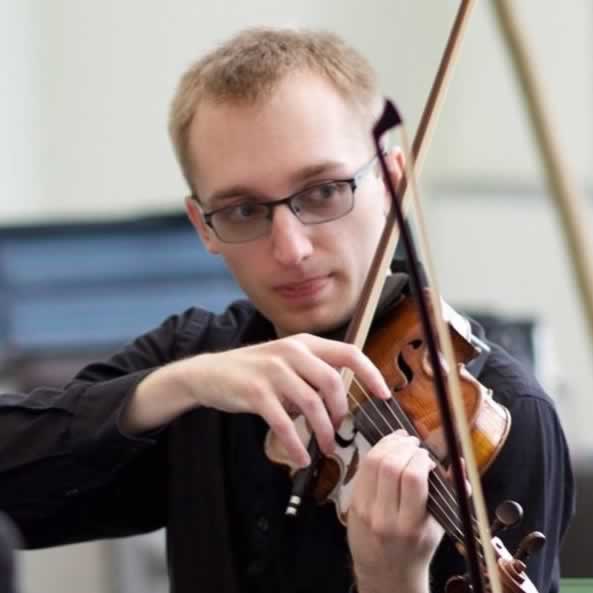 A native of Waukesha, Wisconsin, Alex Ayers has played violin with the Milwaukee Symphony Orchestra since 2013. He was previously a member of the Madison Symphony. After studying nine years at the String Academy of Wisconsin-Milwaukee with Darcy Drexler, Alex studied at Indiana University with Mimi Zweig and Alex Kerr. He has performed collaboratively with Joshua Bell, Alex Kerr, Jaime Laredo, Gilles Apap, and Soovin Kim at IU.

Alex was a member of the Indiana University String Academy’s Violin Virtuosi ensemble for two years, performing in the group’s concert tours to France and Argentina. He has attended several summer music festivals, including the IU Summer String Academy, Innsbrook Institute, Madeline Island Chamber Music Camp, Fox River Chamber Fest, and the Anchorage Chamber Music Festival as a faculty member. He has played at the Castleton Festival under Lorin Maazel and currently plays in the Peninsula Music Festival with Victor Yampolsky in the summer.

When not playing the violin, Alex enjoys playing Scrabble, various card games and board games, and Final Fantasy video games. He follows the tennis news closely and likes to watch the Bucks or Packers play.