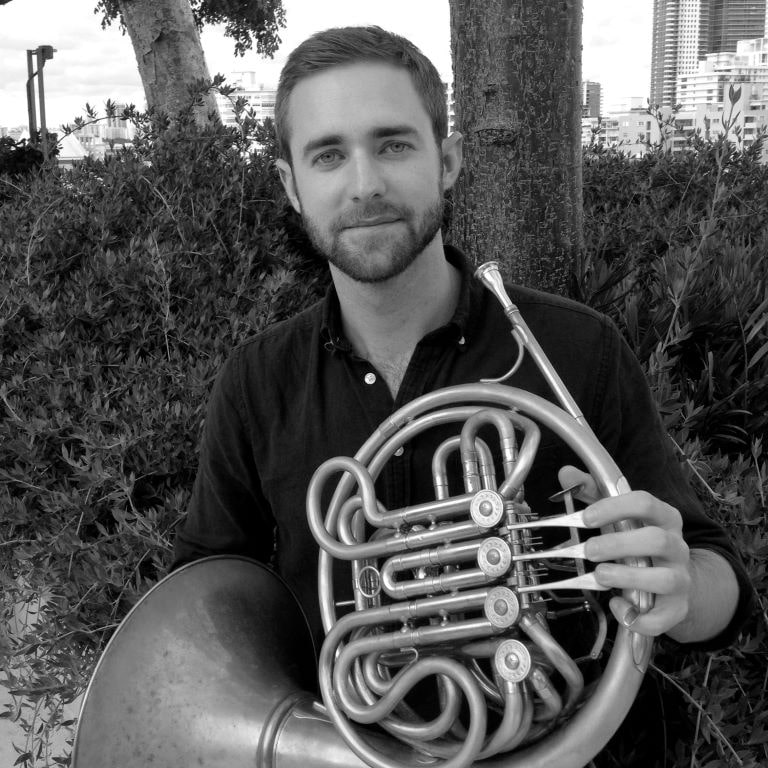 Born and raised in Sydney, Alex first took up the Horn at the age of 9 to join the newly formed concert band at his primary school and fill out the under represented Horn section. Falling in love with the horn, Alex went on to attend the Sydney Conservatorium of Music High School.
He completed a Bachelor of Music in performance at the Sydney Conservatorium of Music, studying with Ben Jacks, and then a year in the Sydney Symphony Fellowship program before moving to the US in 2010 to pursue a Master’s in Orchestral Performance at the Manhattan School of Music in New York with Erik Ralske as his teacher.

With additional experience in recording and musical theatre work, Alex has recorded on the soundtracks of major Hollywood movies including “Mad Max: Fury Road”, “Happy Feet,” “Australia”, “Jumper”, “Knowing” and “the LEGO Ninjago movie”. He has also performed in productions in Sydney, Australia of “Phantom of the Opera” and “Wicked” and on the Off-Broadway production “Queen of the Mist” in NYC.