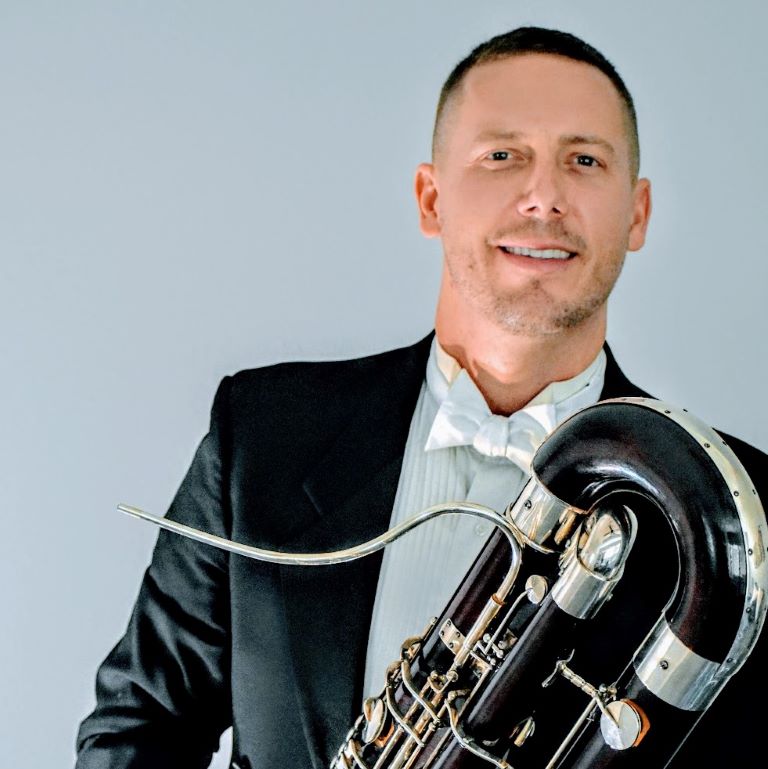 Originally from Portland, Maine, Adam Trussell is now the Contrabassoonist of the Houston Symphony. He won the position in 2018. Adam is also the Principal Bassoonist of Oregon Ballet Theater. In the past he has held full time positions with the Oregon Symphony (2011-2019) and the Omaha Symphony (2006-2011). During the summers Adam plays with the Colorado Music Festival. He’s played there since 2011 in addition to many other festivals. Adam is a dedicated teacher and has extensive experience teaching students of all ages. He has been on the faculties of Lewis and Clark College, University of Portland, Concordia University, University of Nebraska at Omaha, and Creighton University. Adam loves teaching younger students and has helped out with numerous schools and their band programs. When unable to teach in person, Adam has had a lot of success teaching students on line via FaceTime, Skype, and Zoom. Adam also teaches adults and retirees at Midsummer Musical Retreat in Walla Walla, WA. In addition to playing in orchestras and teaching, Adam has a business selling bassoons and finished bassoon reeds and contrabassoon reeds. He has been the owner of Portland Bassoon Company since 2015. He can also be found at adamtrusselldoublereeds.com.