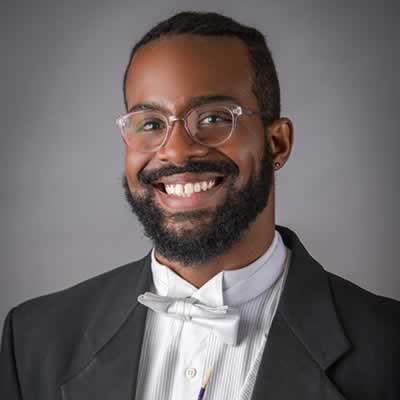 Titus Underwood is the Principal Oboe of the Nashville Symphony, having previously served as Acting Principal Oboe since September 2017. Prior to performing with the Nashville Symphony, he served as Acting Associate Principal of the Utah Symphony. He received his Master of Music from The Juilliard School, where he studied with Elaine Douvas, with additional studies with Nathan Hughes and Pedro Díaz. He earned his Bachelor of Music at the Cleveland Institute of Music as a pupil of John Mack, legendary principal oboist of The Cleveland Orchestra. While there, he also studied with Frank Rosenwein and Jeffrey Rathbun.

Underwood has performed as Guest Associate Principal of Pittsburgh Symphony Orchestra, and as Guest Principal of Miami Symphony Orchestra and Florida Orchestra. He has also played with the Los Angeles Philharmonic, Atlanta Symphony, Puerto Rico Symphony and San Diego Symphony. He was an Oboe Fellow at Aspen Music Festival and has performed at the Grand Tetons Festival. He will serve as Principal Oboe at the Bellingham Music Festival in summer 2019. Other festivals he has attended include Music Academy of the West, National Repertory Orchestra and Domaine Forget.