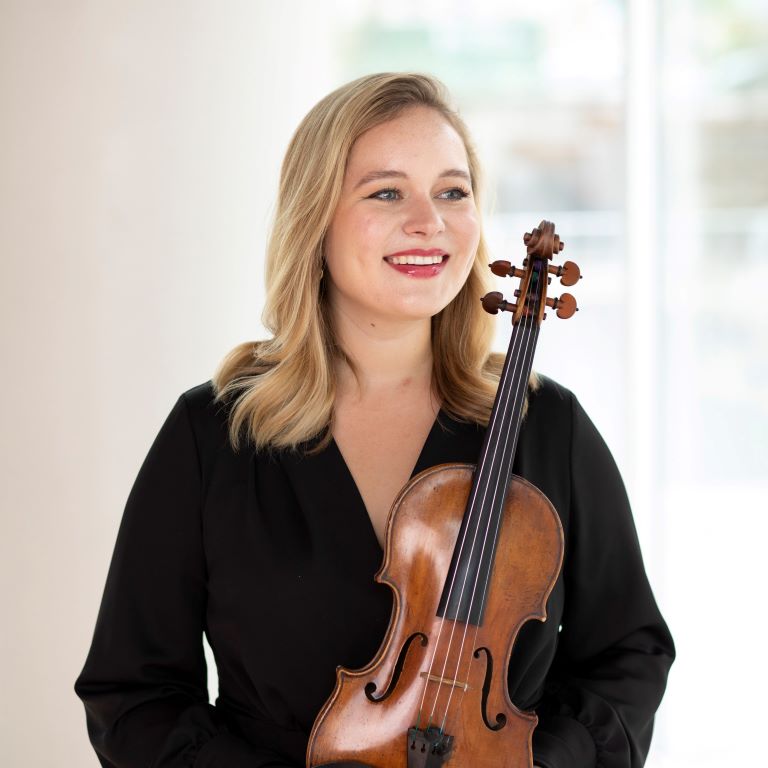 Sophia Mockler, a native of Brooklyn, New York, joined the Minnesota Orchestra in 2019, where she is a member of the second violin section. Mockler earned her master’s degree at the Yale School of Music, studying with Ani Kavafian, and was the recipient of the Dean’s Prize, the school’s highest excellence award. Her previous teachers include Catherine Cho at the Juilliard School, Carmit Zori, and Itzhak Perlman. She has attended multiple summer music festivals, including the Verbier Festival, the Norfolk Chamber Music Program, and the Perlman Music Program Chamber Music Workshop.  Recently, she made her debut on the Brooklyn Chamber Music Society series. In 2019 she toured throughout Europe with the Budapest Festival Orchestra under Ivan Fischer, performing at the Concertgebouw, Elbphilharmonie, Philharmonie de Paris, and Carnegie Hall. She has served as the concertmaster for the Verbier Festival Orchestra as well as the Yale Philharmonia Orchestra. In addition to violin, she also enjoys singing opera, and sang the lead role of Dido in Dido and Aeneas at Princeton University, where she earned her bachelor’s degree in Comparative Literature.