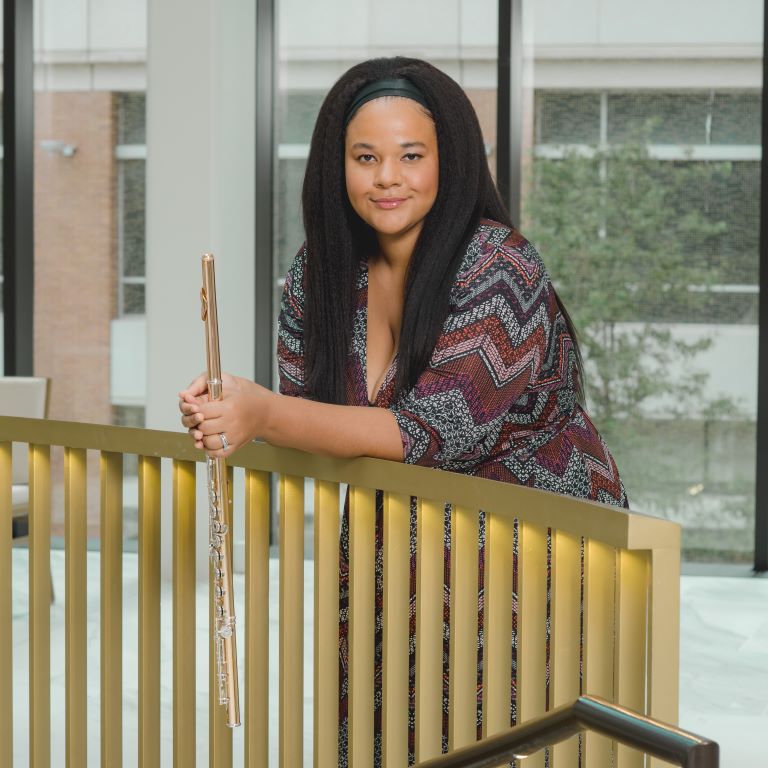 Appointed principal flute of the Milwaukee Symphony Orchestra in 2012 at the age of 22, “Sonora Slocum has wonderful resonance and a delightfully relaxed vibrato. It’s easy to love such vocal playing, and any orchestra is blessed to have her big sound.” (American Record Guide 169).

Slocum has performed with orchestras around the country including guest principal flute with the Chicago Symphony Orchestra and the Orpheus Chamber Orchestra; She has appeared with the Philadelphia Orchestra on flute and piccolo. Her collaborations as guest principal include touring and audio recordings with the Orpheus Chamber Orchestra as well as visual recordings with the Philharmonia Orchestra of New York at Lincoln Center. Slocum has worked under such renowned conductors as Charles Dutoit, Christoph Eschenbach, Rafael Frühbeck de Burgos, Sir Simon Rattle, Edo de Waart, Otto-Werner Mueller, John Williams and David Zinman, among many others.

In addition to her debut album Return with Affetto Records, featuring John Wilson on piano, Slocum has released a new album, Mozart Flute Quartets, recorded with members of the Dover and Escher Quartets with record label Acis Productions. Both albums are available on all platforms. Signed CDs can be purchased on her website.

A regular soloist with the Milwaukee Symphony, Slocum is recognized for her “pure, sparkling sound” (Milwaukee Journal Sentinel). Slocum’s performances of Carl Nielsen’s Flute Concerto with the Milwaukee Symphony Orchestra and the Johnson City Symphony earned her critical acclaim. “Slocum takes in vast quantities of air and spins it into gold. Hers is a dynamic range that whispers clearly and coherently and grows without tearing at the edges. Slocum has a HUGE sound…and a wizard’s bag resplendent with technical prowess and musical freshness. Slocum played with full-blooded intensity, convincing artistry, and astonishingly, she did it from memory.” (William Barnewitz, Urban Milwaukee).

With music publisher Hal Leonard, Slocum has compiled a collection featuring some of the most popular flute repertoire by French composers, as well as a collection of Moyse Exercises for Flute.

Born into a musical family, Slocum grew up in New York City where she attended The Juilliard School and Manhattan School of Music Pre-College Divisions. Slocum holds a Bachelor’s Degree from the Curtis Institute of Music and Master’s Degree in Orchestral Performance from the Manhattan School of Music. She attended the Music Academy of the West, as well as the Aspen and Pacific Music Festivals. Slocum studied with principal flutists Jeffrey Khaner, Robert Langevin, and Bart Feller, among many others.