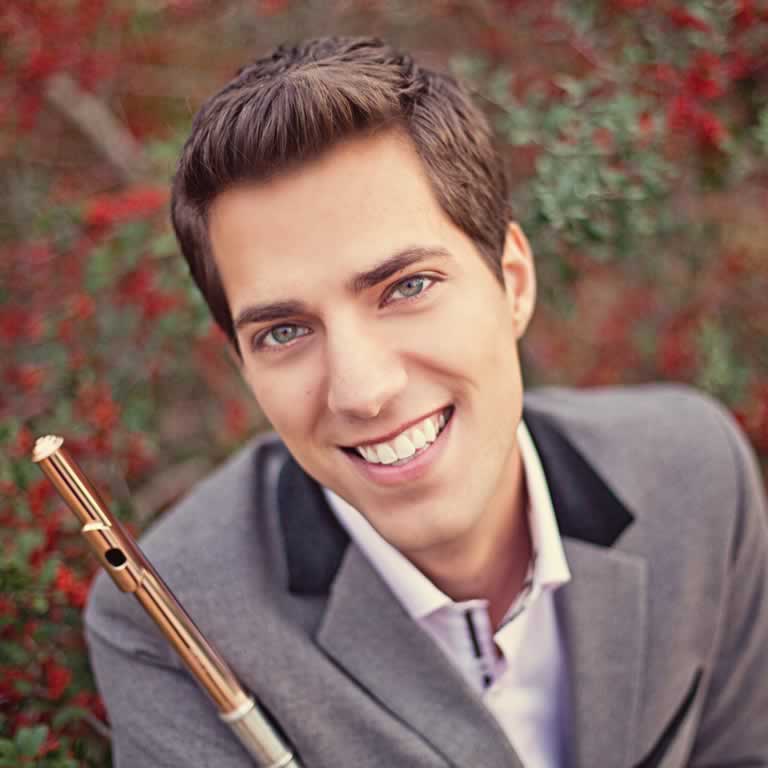 Seth Morris has been Principal Flutist with the Metropolitan Opera Orchestra since 2017 and previously held the same position with the Houston Grand Opera and Houston Ballet Orchestras. Seth also was a member of the New World Symphony and West Michigan Symphony and has performed with ensembles including the Houston, Detroit, and Pacific Symphonies, American Ballet Theatre, Mainly Mozart Festival Orchestra, Classical Tahoe, and at Tanglewood. He won first prize in the National Flute Association’s Young Artist Competition, Myrna W. Brown Artist Competition, and James Pappoutsakis Memorial Flute Competition and has given solo performances with the Houston Symphony, Boston Chamber Symphony, and the Bay View Chamber Orchestra. As an educator, Seth has taught at universities and festivals around the country including as guest professor at the University of Michigan and on faculty with Carnegie Hall’s NYO-USA.