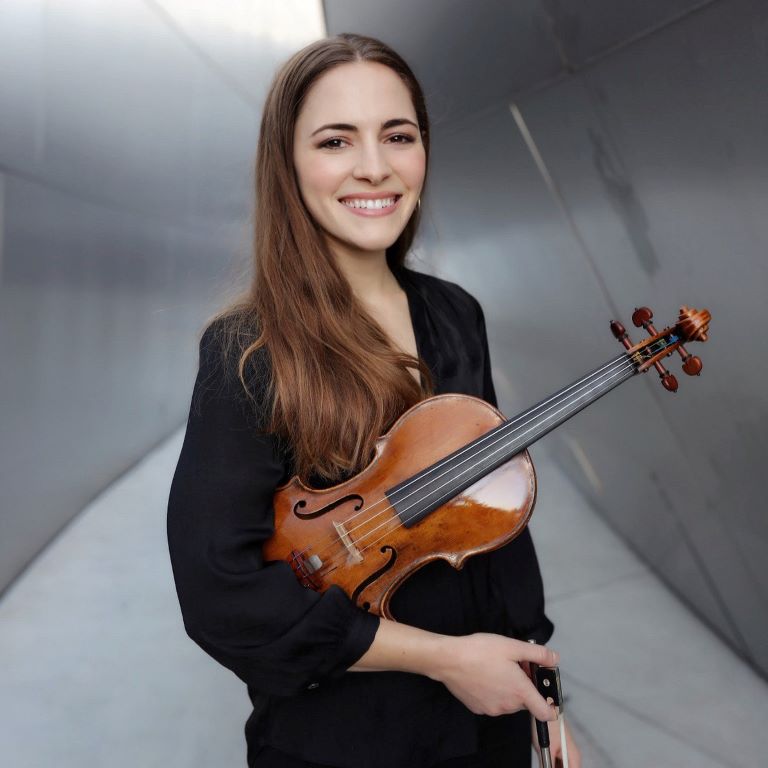 Rebecca Reale joined the first violin section of the Los Angeles Philharmonic in 2017, at the invitation of Gustavo Dudamel. In May of 2021, she was appointed to fifth chair of the first violin section, her current position. Prior to joining the Los Angeles Philharmonic, she was the associate principal second violin of the Houston Symphony, and served as acting principal second during her time there. She has also performed with the New York Philharmonic, Mainly Mozart All Star Orchestra, New World Symphony, Schleswig Holstein Festival Orchestra, Mercury Baroque Ensemble, and Spoleto Festival Orchestra. As an avid chamber musician, she is a frequent performer on the Los Angeles Philharmonic chamber series and the Green Umbrella contemporary music series. Ms. Reale was a fellow with the New World Symphony from 2015-2016. Before joining the New World Symphony, Rebecca received her Bachelors Degree from Rice University Shepherd School of Music, where she studied with Kathleen Winkler.