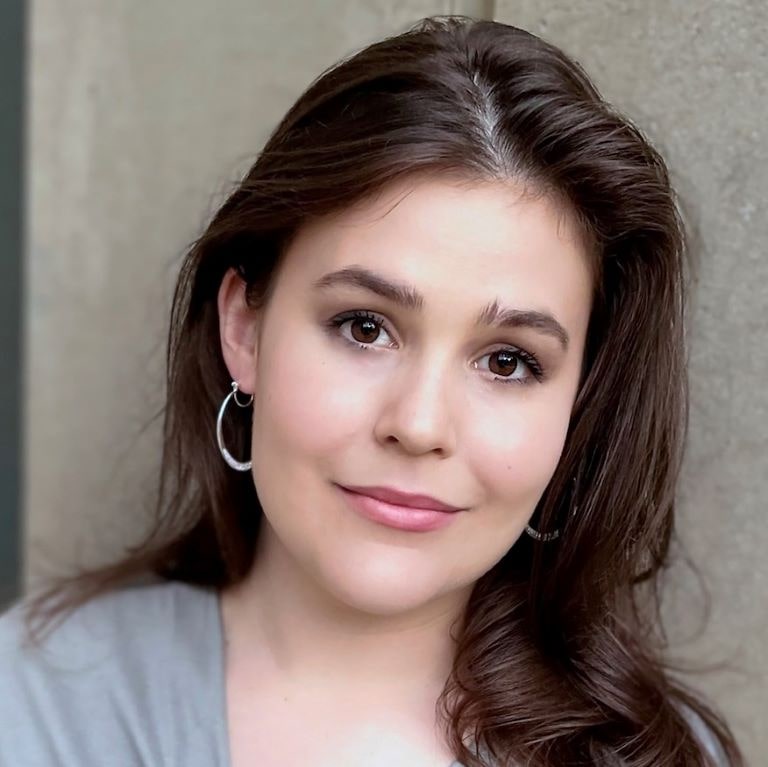 Rebecca Achtenberg is thrilled to return to LAMF as a Vocal Fellow, singing Echo and covering Ariadne in Ariadne auf Naxos. During the 2021-22 season, she sang Alice in Verdi’s Falstaff and Magda in Puccini’s La rondine with Indiana University Opera Theater; performed excerpts from Anna Bolena with the IU Conductors’ Orchestra; and sang Edith Frank in the workshop premiere of Shulamit Ran’s Anne Frank. In the fall, Rebecca will join Opera Idaho as an emerging artist for the 2022-23 season, where she will be covering Lady Macbeth in Macbeth and Eva in An American Dream and singing the Foreign Princess and covering Rusalka in Rusalka. This fall, she will also sing Older Alyce in Glory Denied with Permian Basin Opera, reprising a role she has previously sung with Penn Square Music Festival and Tri Cities Opera.

Last spring, Rebecca was seen as Mimì in La bohème with IU Opera and appeared with Bloomington Chamber Opera as Elle in La voix humaine. Other recent engagements include Lia in l’Enfant prodigue with Garden State Opera, Rosario in Goyescas with Hub City Opera Theater, Annina in La traviata with New Rochelle Opera, and the High Priestess in Aida with Boheme Opera of New Jersey. Achtenberg is a graduate of Oberlin College and Conservatory of Music, with a double degree in voice and comparative literature and earned a master’s degree in voice from Westminster Choir College. She recently completed the final semester of her Performa Diploma at Indiana University, where she served as an associate instructor. She was the first prize winner of the National Society of Arts and Letters Voice Competition, Bloomington Chapter and is a recipient of second prize in the Annapolis Opera Vocal Competition and the Five Towns Music and Arts Foundation Competition.