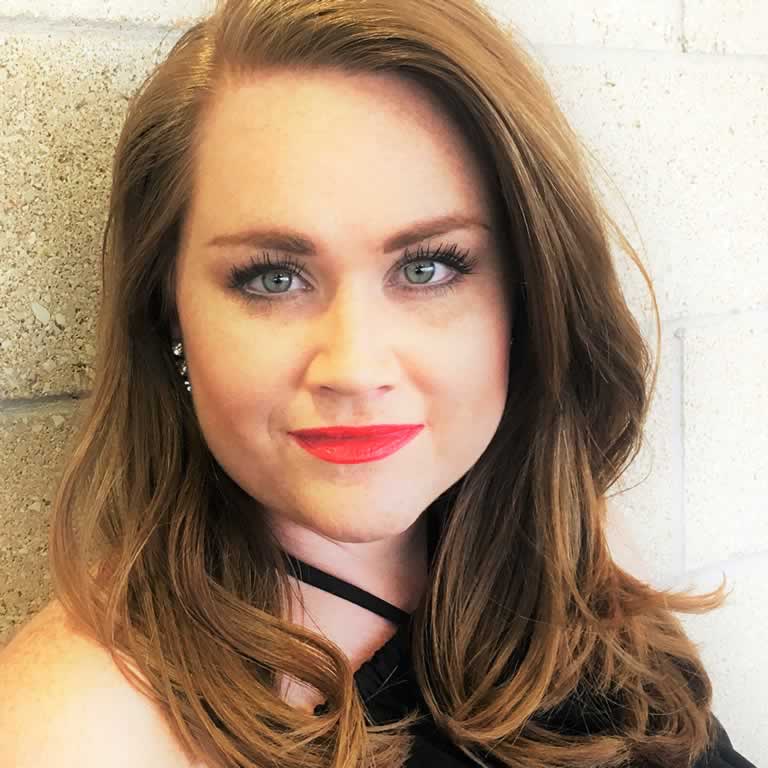 Originally from the South Plains of Texas, soprano Nicole Keeling is making her mark as an emerging artist in operatic and concert work. A 2019 Regional Finalist in the Metropolitan Opera National Council Auditions, Nicole’s 2019-2020 season is marked by company and role debuts including Madame Lidoine in Dialogues of the Carmelites with Opera MODO and Tatyana in Eugene Onegin with Opera in the Heights. On the concert stage, she joined Amarillo Opera for their spring gala with selections from La bohème and was recently the featured guest artist with Big Spring Symphony Orchestra where she performed an evening of operatic and musical theater favorites under the baton of Maestro John Giordano. Previously, Nicole was a 2017-2018 Resident Artist with Opera Colorado where she was seen as Alice Ford in Falstaff and a female prisoner in the world premiere of Gerald Cohen’s Steal a Pencil for Me. Her repertoire includes the title role of Suor Angelica, Mimi (La bohème), the Countess (Le nozze di Figaro), Lady Billows (Albert Herring), the Witch (Hansel and Gretel), and Yum-Yum (The Mikado). She has been an apprentice with Opera Colorado, Music Academy of the West, Utah Festival Opera, Opera Breve, and spent a summer studying at the San Miguel Institute of Bel Canto. Nicole holds a master’s in performance from the University of Oklahoma.