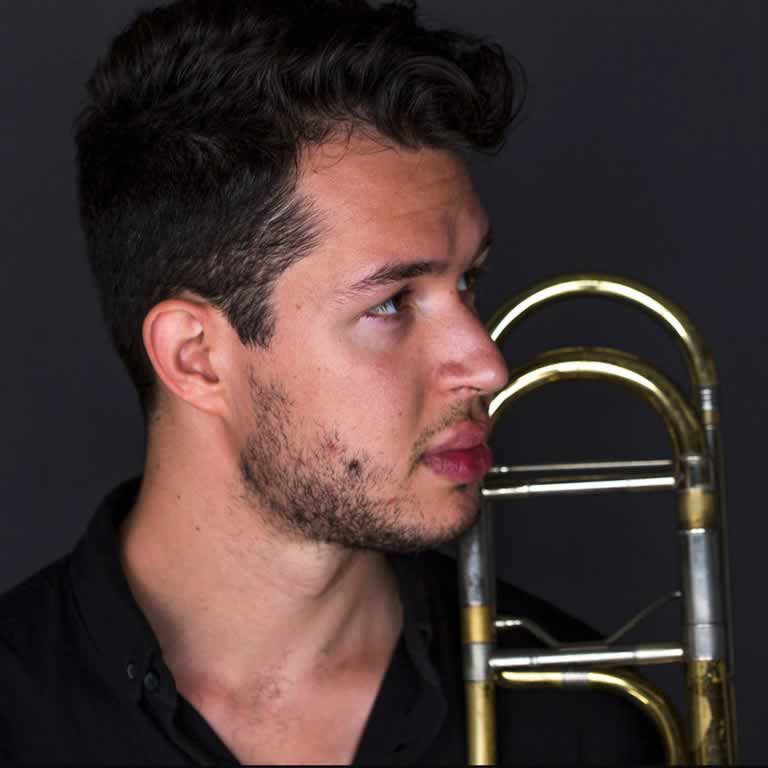 Nick Platoff was appointed to the position of Associate Principal Trombone of the San Francisco Symphony by Michael Tilson Thomas in 2016, at the age of twenty-three.

He enjoys a multi-faceted career as a composer/arranger/producer, soloist, vocalist, improviser, recording artist, educator, conductor, chamber musician, and concert producer. Nick loves creating in genres ranging from classical, pop, jazz, funk, and Hip-Hop to sound healing and music for multi-tracked trombone. He also loves performing absolutely everywhere. In addition to many of the world’s great classical concert halls, he has performed in spaces such as Black Rock City’s deep playa, Moroccan dance clubs, Miami yoga classes, the summit of Montfort in the Swiss Alps, jazz clubs and shopping malls in Thailand, fire ceremonies and tea lounges in Guatemala, a Bavarian wedding, parks and marinas throughout Italy, the Museum of Non-Conformist Art in St. Petersburg, all over the San Francisco Bay Area in major sports stadiums, bars, clubs, parties, churches, schools, BART stations, sidewalks, and homeless shelters in addition to countless more living rooms and backyards across the world and all over the internet.

He is a proud alumnus of New Haven’s Neighborhood Music School, Northwestern University, and the New World Symphony.