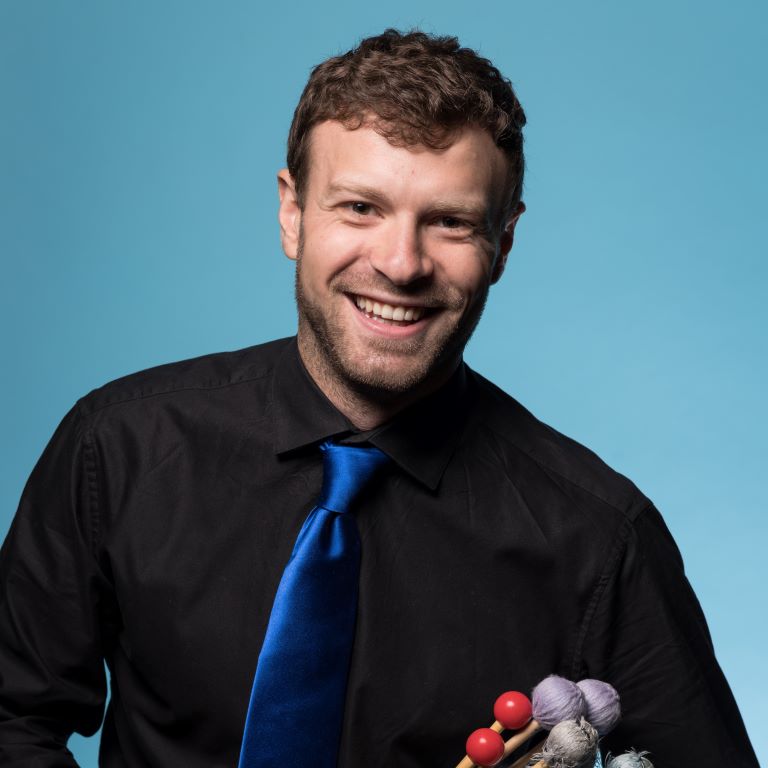 Since the fall of 2019, Miles has served as Principal Percussion and Timpani with the Philadelphia Ballet Orchestra. Before beginning with the Ballet, he held a fellowship with The Orchestra Now at Bard College. He has played as an extra percussionist with professional orchestras across the country including the Boston Symphony Orchestra, Pittsburgh Symphony Orchestra, Detroit Symphony Orchestra, and as substitute Principal Timpani with Albany Symphony and Fort Worth Symphony. Miles has shared the stage with a wide range of artists including Gil Shaham, Peter Serkin, Tan Dun, Yo-Yo Ma, The Silkroad Ensemble, and Johnny Mathis. In the summer of 2016, he was a fellow at the Tanglewood Music Center and previously attended the Round Top Festival Institute in Texas, and the Castleton Festival in Virginia. During the winter of 2021, Miles took part in a virtual project of digital shorts programmed by the Los Angeles Opera that premiered David Lang’s “Let Me Come In”, which he subsequently performed live at the City Winery in New York City. While working on his Master’s degree at New England Conservatory, he, along with his chamber music group, 4racas, were awarded the NEC Honors Chamber Ensemble Competition. In addition to holding a private studio, Miles is adjunct music professor at Muhlenberg College, and has also taught at New England Conservatory’s Prep Division, Bard College Prep, and Kinhaven Music School. He holds degrees from Boston University, New England Conservatory, and Duquesne University, where he primarily studied with Tim Genis, Will Hudgins, and Ed Stephan.