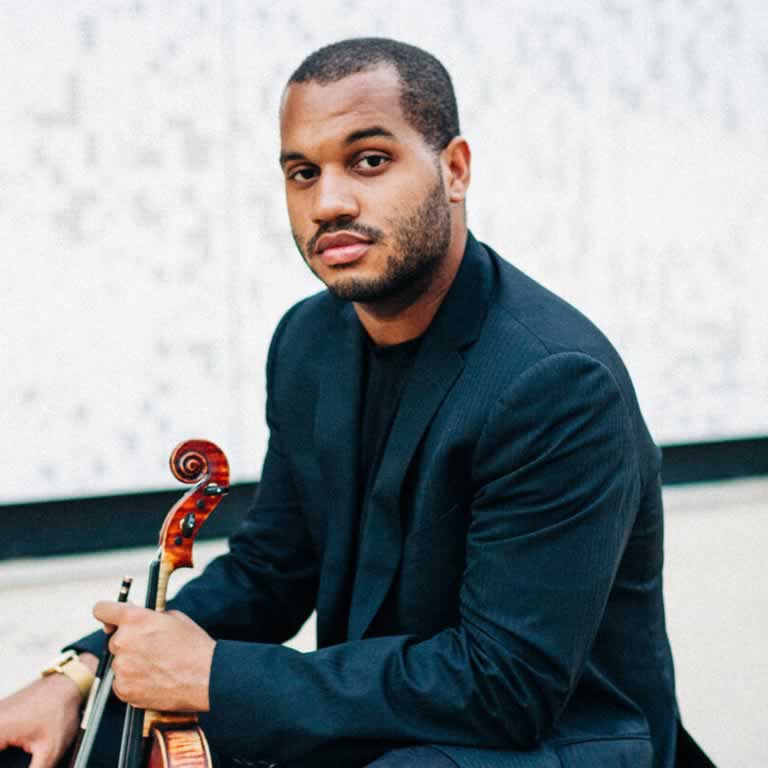 Appointed to a position in the St. Louis Symphony Orchestra’s viola section in 2019, Michael Casimir was awarded second place in the 2015 and 2011 International Sphinx Competitions, and winner of the grand prize at the Hudson Valley Philharmonic Competition in 2013.

He has guested as Principal and Co-Principal of the London Philharmonic.

He acquired his undergraduate degree from the Juilliard School as a student of Heidi Castleman and Misha Amory, and his post-baccalaureate degree from The Curtis Institute of Music in May of 2018 under the tutelage of Roberto Diaz, Hsin-Yun Huang, and Ed Gazouleas.

While a student at the Curtis Institute, Casimir performed regularly with the New York Philharmonic, Philadelphia Orchestra, and Orpheus Chamber Orchestra.

He was recently appointed to the position of Orchestra Director at Lindenwood University.

In addition to classical music, Casimir likes to explore other genres. He is the newest member of The 442s; he recorded for the “Lion King” (2019) soundtrack and “Space Jam: A New Legacy” (2021) soundtracks; and has composed the music for a mobile game.