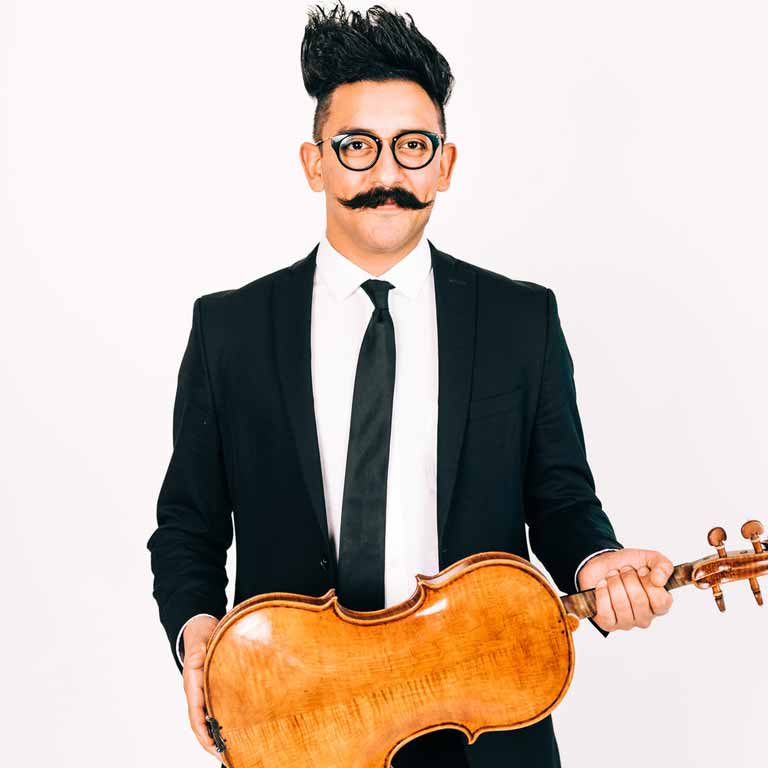 Violist Luis Bellorín comes from a family devoted to the arts in Caracas, Venezuela. His playing has been praised for its warmth of sound and for having an “impossibly sweet tone” by The San Francisco Classical Voice. In 2015, he made his debut in Beijing, China at the summit of the Pacific Alliance of Music Schools, where he enjoyed meeting and collaborating with students from music schools throughout the Pacific Rim.

Collaboration is an integral part of Luis’ musical philosophy, as he frequently works with composers to bring new works to life, and he can often be found playing all of the chamber repertoire he can get his hands on, which is always an excellent excuse to play with friends! After his arrival to San Francisco in the fall of 2014, Luis shared the stage with many artists such as the Pacifica, Miró, and Borromeo String Quartets as well as Geoff Nuttall, and composer Mason Bates. He received his Bachelor of Music from the University of Illinois at Urbana-Champaign and holds a Master of Music degree from the Indiana University Jacobs School of Music. Luis completed his studies, at both institutions, with the Pacifica Quartet and violist Masumi Per Rostad.

When time allows, Luis loves to travel and has his eyes set on visiting Machu Picchu. As a baseball fan and midwest native, Luis can be found rooting for his beloved Chicago Cubs (GO CUBS!) and enjoys spending time at the beach, on his bicycle, or cooking on his grill at home alongside his two cats.