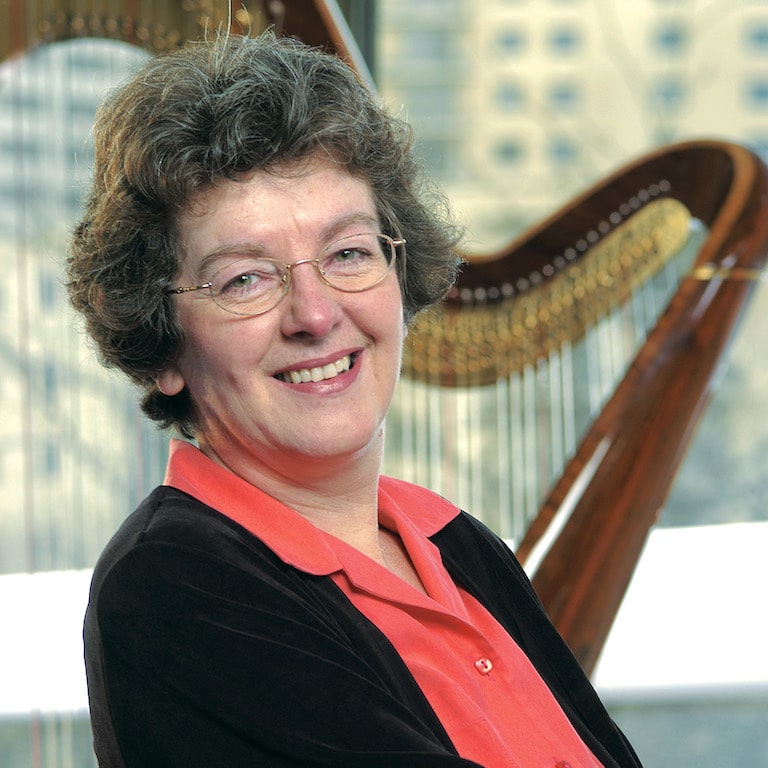 Kathy Kienzle was named principal harpist of the Minnesota Orchestra after winning an international audition in April 1994. She served as acting principal harp with the Orchestra for the 1993-94 season. Previous to that season Kienzle appeared frequently as harpist and soloist and recorded with the Saint Paul Chamber Orchestra.

The top American prize winner at the Sixth International Harp Competition in Jerusalem, Israel, in 1976, she was also awarded a top prize in the 1975 American Harp Society National Competition, the Ruth Lorraine Close Fellowship from the University of Oregon and two Juilliard School scholarships.

She also performed regularly with the renowned Dale Warland Singers with whom she recorded six albums. She was a guest performer at World Harp Congresses in Paris, France; Tacoma, Washington; Amsterdam, Netherlands; Sydney, Australia; and Prague, Czech Republic. In 1991 she received a Fellowship grant from the Minnesota State Arts Board. She currently is chair of the board of directors of the World Harp Congress..

Kathy Kienzle has been on the faculty of the University of Kansas, Lawrence, and is currently on the faculty of Augsburg College. In July 2004 she served as the only American juror for the USA International Harp Competition in Indiana. In June 2014 she opened a private harp studio in south Minneapolis, Studio Fidicina, studiofidicina.com. Also in June 2014, Kathy became a Suzuki harp teacher trainer.

A graduate of Juilliard with a Bachelor of Music degree, she also holds a Master of Music degree from the University of Arizona. Her teachers include such well known harpists as Mildred Dilling, Susann McDonald and Marcel Grandjany. She has recorded three CDs of music with Michele Frisch, flute, as the Bell’ Alma Duo.